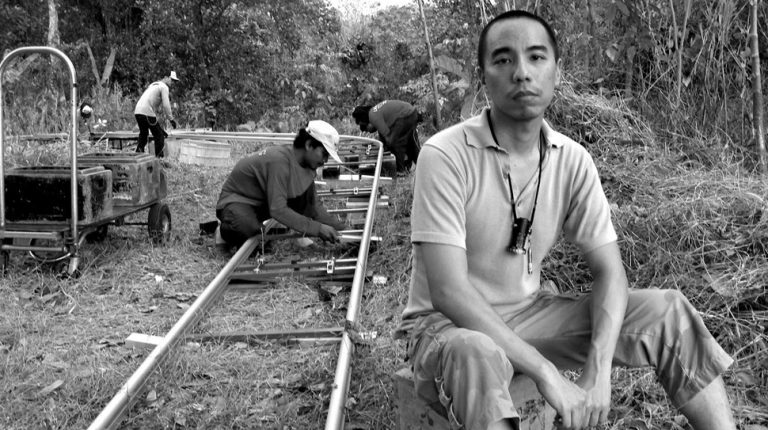 The ceremony was held in the presence of the Thai archival and film preservation community, the President of the FIAF and its Executive Committee. The FIAF is the most important global network of cinematheques and film archives around the world.

In his acceptance speech, Apichatpong Weerasethakul commented on the role the Thai Film Archive and film preservation played in his own artistic development by stating, “I’d like to congratulate FIAF for taking on this task of preserving our heritage. It’s an impossible task, especially now that the moving image has become more and more disposable. You need determination and a lot of attachment. I feel related because as a filmmaker, I need to attach. We attach to images, to memories, real or fake, to be able to recreate them on the screen. I have so many feelings that accompany my affinity for this tribe. I am excited, grateful, humble, and honoured to receive the FIAF award. It is a bright spot in my long journey. Not bad for a kid from Khon Kaen who was addicted to science fiction and ghost stories—to be standing here.” 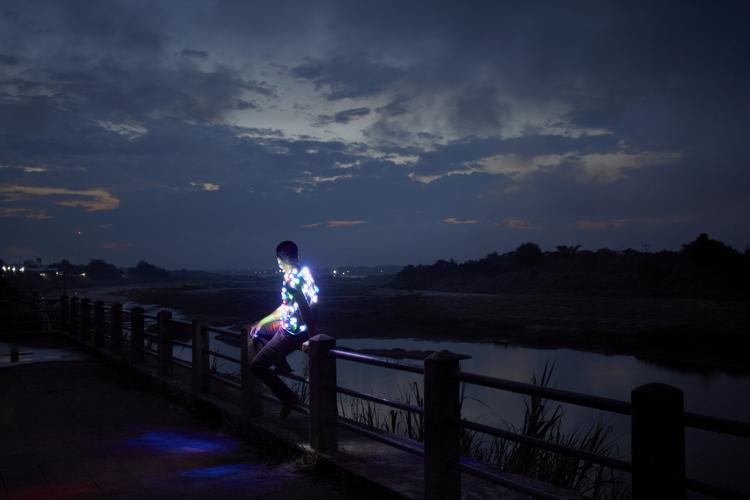 Weerasethakul concluded by dedicating the award to FIAF and the director of the Thai Film Archive by declaring “I’d like to thank you, the members of  the FIAF who have worked on this impossible task. You are making an important impact on the world’s memories, allowing them to grow and inspire… new stories. And I thank you for your brilliant idea to have an event here… because my ghosts, along with others’, belong here. Khun Dome has regarded this place, the Film Archive, as a temple. For him, cinema is a religion. If I have to believe in one thing, this is it. So, I’d like to dedicate this award to Khun Dome Sukhavong, who is instrumental in making this temple a reality. This place, and the belief in it, was where my filmmaking started. And I hope that it will be a place that ignites the spirits of the generations to come.”

Since 2001, when the inaugural FIAF Award was presented to Martin Scorsese for his ground-breaking advocacy for the cause of film preservation, the FIAF has given its annual award to a film personality outside the archival community, whose experience and personal commitment to cinema underlines the FIAF’s missions. Past recipients of the FIAF award include Ingmar Bergman (2003), Mike Leigh (2005), Hou Hsiao-hsien (2006), Peter Bogdanovich (2007), Agnès Varda (2013), or Jean-Pierre and Luc Dardenne (2016). Last year’s FIAF award was presented to Christopher Nolan at a special ceremony which took place at the Academy of Motion Picture Arts and Sciences’ Samuel Goldwyn Theatre in Los Angeles.

The recipient of the FIAF Award is selected by the FIAF Executive Committee from a short-list of nominations submitted by staff members of all FIAF-affiliated archives around the world.

In his home country Thailand, Apichatpong Weerasethakul continues to be a vocal and active advocate for the cause of film archiving and preservation, where he has closely supported the work of the Thai Film Archive since the 1990’s. In 2001, he supported a successful campaign for the Thai Film Archive to be restructured as a public organisation, which led to the emergence of the leading film heritage institution that we know today. 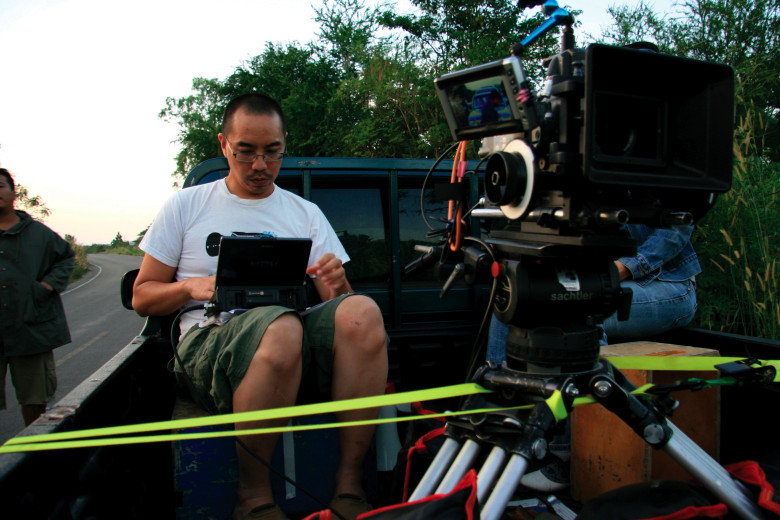 Apichatpong has also emphasised the need for film preservation outside Thailand. He has worked with a number of FIAF affiliates around the globe to ensure the safe preservation and restoration of films, and closely supports the cause of film archiving in the South-East-Asian region. He has also contributed public appearances at festivals and in films such as the 2016 documentary Cinema Futures, calling for the importance of film as a cultural record and part of our collective memory.

The President of the FIAF, director of the Cinémathèque Suisse and former head of Locarno Film Festival, Frédéric Maire commented by saying, “As we mark our 80th anniversary in times of radical change, with digital technologies leading to a true paradigm shift in film archives’ activity, the FIAF’s core mission appears more important now than ever. We are honoured and delighted to present the 2018 FIAF award to Apichatpong Weerasethakul, a director who embodies true commitment to the art of film and engagement in its preservation. As a filmmaker whose work connects deeply with the past and the importance of human memory, while also tracing its own distinctive, original artistic path through the film medium, Apichatpong embodies all of the values the FIAF Award represents in this milestone year.”

Apichatpong Weerasethakul grew up in Khon Kaen in north-eastern Thailand. He began creating film and video shorts in 1994, and completed his first feature in 2000. He has also mounted exhibitions and installations around the world since 1998. Often non-linear, with a strong sense of dislocation, his works deal with memory, subtly addressed personal politics, and social issues. A Cannes Palme d’Or winner in 2010 for Uncle Boonmee Who Can Recall His Past Lives, Apichatpong is the first Southeast Asian filmmaker to win the award. His filmography also includes titles such as Tropical Malady (2004), Syndromes of a Century (2016), or Cemetery of Splendour (2015). Through his production company Kick The Machine, he helps other filmmakers from across the Asian continent create new works which challenge the aesthetic, social, and political status quo. Apichatpong’s installation work is also well-known for broadening the conception of what cinema can be, most recently Sleepcinemahotel, which was commissioned by the International Film Festival Rotterdam in 2018. He is currently preparing his next feature Memoria, his first film to be made outside Thailand. Memoria will be shooting in 2019 in Colombia, and aims to premiere in 2020.

The FIAF is a global organisation dedicated to the preservation of, and access to, the world’s film heritage. It was founded in June 1938 with four members, the British Film Institute in London, the Cinémathèque Française in Paris, MoMA in New York, and the Reichsfilmarchiv in Berlin. As of 2018, the FIAF brings together 166 institutions in 75 countries—reflecting the growth of film heritage as a worldwide concern. The FIAF fosters solidarity, exchange and cooperation between the most prominent cinematheques, and film archives worldwide. The FIAF’s mission comprises of the rescue, collection, preservation, screening, and promotion of films, which are valued both as works of art, and culture, and as historical documents. 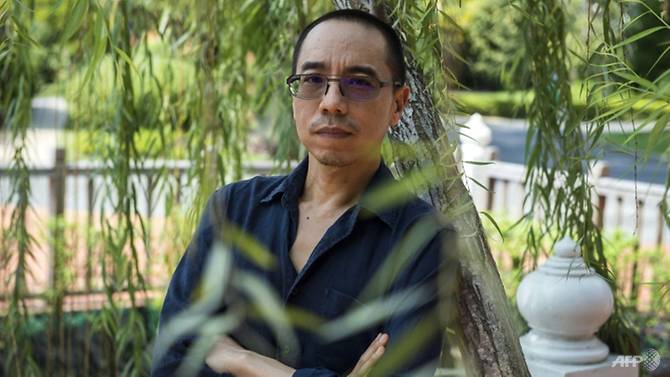 The FIAF wrote and strives to uphold the code of ethics for film preservation and standards for all areas of film archive work, and it promotes the creation of moving image archives in countries which lack them; encourages the collection and preservation of documents and materials relating to the cinema; seeks the improvement of the legal context in which archives operate; ensures the permanent availability of material from the collections for study and research by the wider community; develops co-operation between members and ensures the international availability of all films and documents.

The FIAF also oversees the increasingly ambitious training and outreach programme, which runs or takes part in training events for professionals of the film archiving field all over the world, and provides assistance to archives in difficulty.

It publishes the bi-annual Journal of Film Preservation (a key platform for discussions on all theoretical, technical and historical aspects of moving image archival activities), the International Index to Film Periodicals (an authoritative research tool dear to scholars and researchers around the world), and a wealth of other resources (many of which can be found in digital form on the FIAF website) produced by the FIAF’s three specialised commissions.

The FIAF is an official partner of UNESCO (with consultative status) and is an active member of the Coordinating Council of Audiovisual Archives Associations (CCAAA), which represents the interests of worldwide professional archive organisations interested in audiovisual materials, and coordinates the celebrations of the World Day for Audiovisual Heritage each year on October 27.