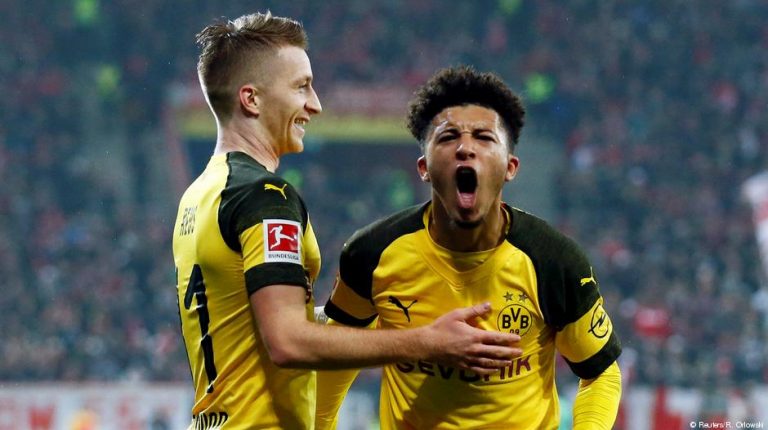 There’s a long way to go and Dortmund players and staff are understandably not getting carried away. But if Bayern Munich’s hegemony is finally to be broken, BVB need to believe they are contenders, says DW’s Matt Ford.It says a lot about the balance of power in German football that a nine-point lead over your closest title rivals is only considered cause for cautious optimism. Especially when those rivals are marooned in fifth place.

But that's the situation that Borussia Dortmund currently find themselves in a third of the way into the 2018-19 Bundesliga season.

Coach Lucien Favre insists he is not looking at the table and he is right to be cautious. Because, although Dortmund remain unbeaten domestically, they know they're a young team far from the finished product.

They were once again made to work hard for their win in Mainz. As they were against Wolfsburg at the start of the month, and against Union Berlin in the German Cup, while points were dropped against Hertha Berlin.

The hugely impressive 3-2 win over Bayern before the international break showed what that finished product could eventually look like, as did their 4-0 thrashing of Atletico Madrid in the Champions League, but such displays have actually been the execption rather than the rule for Dortmund.

But perhaps that's harsh. It's often those battling, hard-fought victories over stubborn, combative opponents which can make the difference come May. They're the kind of wins that pull a team together in adversity and rewards them with three points instead of one.

Of course, Dortmund can also take heart from Bayern Munich's current predicament.Düsseldorf's late comeback means the Bavarians are now eight points and seven goals worse off than they were this time last season. The situation in Munich is too nuanced for the blame to be laid squarely at Niko Kovac's feet. However you look at it, Bayern have botched their big transition so far and, if any other club can capitalize, it is Borussia Dortmund.

They might be on their own – too many Bundesliga sides have proven how capable they are of imploding in recent years with their thin squads – but Dortmund must not be deterred. The challenge won't come from Frankfurt, Mönchengladbach or Leipzig, but from Munich.

Borussia Dortmund are in a title race. Now it's time for them to start believing it.