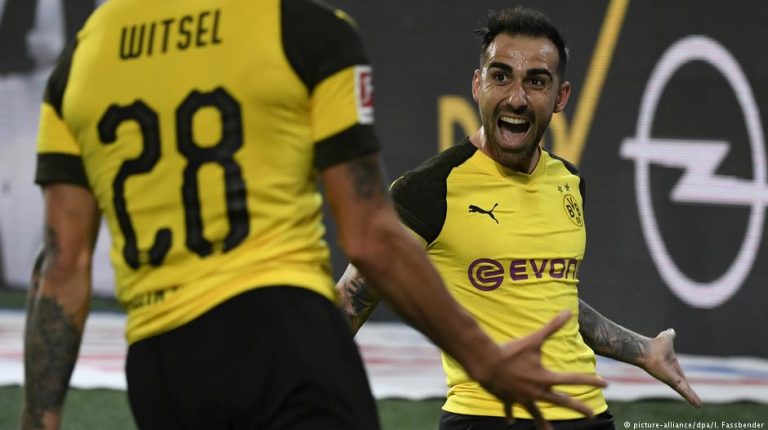 Borussia Dortmund and Bayern Munich delivered one of the all-time great games on matchday 11. For DW’s Jonathan Harding it was not just a timely match for the clubs, but also the Bundesliga.Games between Bayern Munich and Borussia Dortmund have been marketed as the Bundesliga's showcase fixture, but in recent years they have served simply as a reminder of the gap between Bayern and the rest. For 95 minutes on matchday 11 of the 2018-19 season though, Dortmund vs. Bayern delivered one of the greatest games in not only the fixtures' history, but also the league's. It was the game the league needed.

It was truly breathtaking. From wonder goals and outrageous moments of transition play to brilliant goal-line blocks and dramatic moments of disbelief, it was precisely "der Klassiker" that the Bundesliga has spent a long time marketing, but that hadn't really materialized in years.

Then there were individual performances. Marco Reus in the form of his life, dragging his side level, missing easy chances and then scoring hard ones. Joshua Kimmich delivered one of the best games of his career, sending in an incredible range of crosses and giving life to Bayern's wide play. Robert Lewandowski rediscovered his mojo, Mahmoud Dahoud changed the game and somehow, even Lukasz Piszczek and his hips are still going.

A game for the ages

Both teams played their part. For Dortmund, it was like a teenager's coming of age moment. Their confidence was gripped by angst, but only momentarily as they discarded their inhibition for that wonder that comes easier in youth: joy. Being young underdogs worked for Dortmund once, and given this side is still undefeated in the league it looks like it's working again.

For Bayern, this performance was proof that while their aging squad needs addressing, they are much better than their recent performances. They started superbly, and although hampered by individual mistakes looked greatly more invested and intent. Niko Kovac can take heart too. For while he (and Lucien Favre) will be concerned with some of the defensive decisions, there was plenty of attacking desire. Bayern, for the most part, looked familiar again.

And then there's the result. Dortmund winning in this fixture does not end Bayern Munich's title hopes, nor does it signal a new era, but when dawn comes tomorrow Dortmund will lead Bayern by seven points and have scored a remarkable 33 goals in their first 11 games. Bayern will be in the unfamiliar position of the challenger after playing the tragic hero in Saturday evening's great drama. The Bundesliga has its title race, but there's also quite a lot of fun to be had as well.