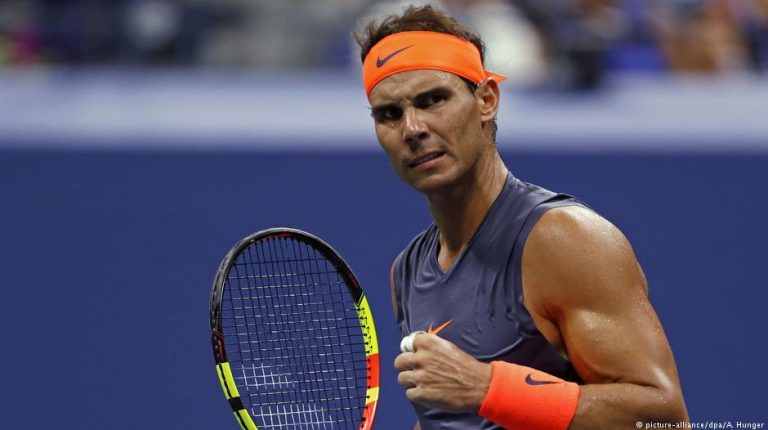 Rafael Nadal overcame Dominic Thiem to reach the semifinal of the US Open in one of the most dramatic battles in the tournament’s history. He will now face Juan Martin del Potro of Argentina for a place in the final.Finally, at three minutes past two on Wednesday morning, it was over.

After four hours and 48 grueling minutes in the humid heat of the New York night, defending champion Rafael Nadal was through to the semifinal of the US Open.

Four hours and 24 minutes earlier on Arthur Ashe court, the Spaniard had lost the opening set 0-6 to Austrian ninth seed Dominic Thiem – only the third time in Nadal’s Grand Slam career that he had lost a set to love.

“It was an incredible battle in such tough conditions,” said Nadal, 32, who admitted he had suffered. “I had a really bad start and I had to tell myself: ‘Wake up!’ I just had to try and stay in the match.”

And although it took him over half an hour to win his first game, Nadal did fight back to take the second set 6-4. “When these things happen, I am not the guy that looks at his strings or looks at his box or blames the racquet,” he said. “I am the guy who looks at himself.

“I needed to move forward, to change that dynamic, and I did. The first step is not to look for excuses or put the blame on something that is not the truth. The only truth is that you have to do things better. You have to fight for the points and fight for the match.”

An inspiring attitude which was put to the test again. Thiem regained the lead, winning the third-set 7-5 before going 4-2 up in the fourth set – just two games from victory. But again, Nadal refused to lie down, breaking back before taking the set 7-4 in the tiebreak and forcing a deciding set which also went the distance.

“When you get to a fifth set tiebreaker, it’s 50/50,” analyzed Thiem. “And that’s where he made one more point than me.

“Tennis is cruel sometimes because this match didn’t really deserve a loser. But there has to be one,” the Austrian continued. “It’s going to be stuck in my mind forever. I’m going to remember this match, for sure.”

“I’m really sorry for Domi because he’s a close friend of mine on the tour and a great warrior,” said Nadal, adding that this victory could signal a chance of dynamic. “In the final three sets, the level of my game gradually increased,” he said. “In terms of the dynamics of the tournament, it’s a big step forward for me.”

For the second year in a row, Nadal will now face 2009 champion and third seed Juan Martin del Potro of Argentina for a place in the final.