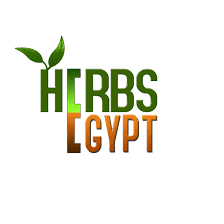 The company, Abbas said, plans to change its equipment in the second half (H2) of 2019.

He explained that the production volume ranges from 1,600 to 2,200 tonnes per year, all of which is channelled to Latin America, European countries, and some Arab states.

Abbas pointed out that his company targets all European countries, Africa, and Arab countries through their participation in the new edition of the Sial exhibition.

The company is planting a number of crops, both in its land or through leasing others’ lands, and is plans to expand in the agriculture process, said the export director.

Abbas elaborated further, saying that the company plans to change its plant machinery during H2 of 2019.

He pointed out that there are several challenges facing the company, the most important of which are some defects in the local agriculture operations and production chains, as well as packaging and transport.

International exhibitions are an important opportunity for local companies, as they help them to be directly present with those who want to buy without effort, he highlighted.

Abbas stressed the importance of exhibitions for the state, as it aims to earn more foreign currency and should support the export sector and make it a priority, by encouraging companies to participate in exhibitions as they are the only outlet for them to introduce themselves to the world.

He called for the need to support exhibitions, as well as supporting local industries by introducing the Egyptian pavilion.

Abbas said that the Sial exhibition is the second largest in the world after the Anuga in Germany.