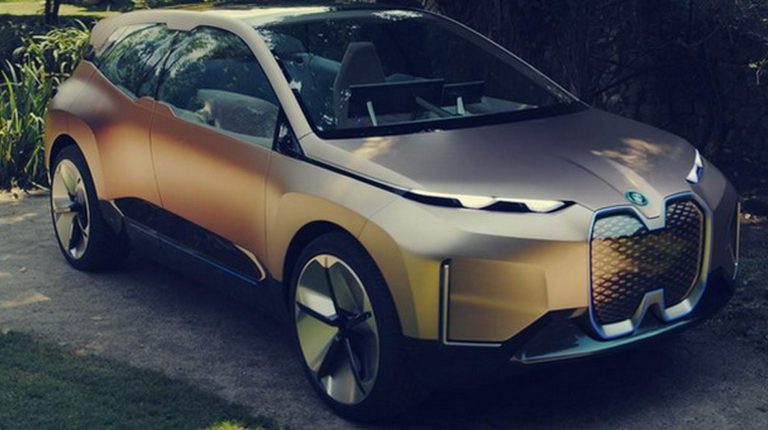 BMW iNEXT is the answer to the BMW Group’s daily question: “How will we be moving around in future?” iNEXT devised its concept from “project i” in 2007 and BMW i3 in 2013.

The BMW Group now has over 10 years of experience with electric mobility in both small-scale and large-scale production. The BMW i models are being constantly improved, and their technology is being employed to gradually electrify models from the BMW and MINI ranges. The next step currently is the complete in-car integration of the strategic innovation fields of autonomy + connectivity + electric + services.

By 2021, BMW iNEXT will come onto the market in a design that expresses the innovation fields and answers the question about what the driving pleasure experience is going to look like in future.

“The iNEXT project will provide our building blocks for the future, from which the entire company and all of its brands are set to benefit,” said Harald Krüger, chairperson of the BMW board of management, describing iNext at the BMW AG annual general meeting in May 2018.

BMW Vision iNEXT drivers have two options: the “Boost” or “Ease” modes. The “Boost” mode uses the electric drive system to deliver a highly dynamic and virtually silent driving experience with zero emissions. In “Ease” mode, the vehicle offers the driver and passengers a space, in which to engage in a wide range of activities. The BMW Vision iNEXT can be a place of relaxation, interaction, entertainment or concentration, as desired; the possibilities are as manifold as the occupants’ needs. Accordingly, the cabin is more akin to a comfortable and fashionably furnished “living space” on wheel—a new “Favourite Space”.

The BMW Vision iNEXT conveys its trailblazing character through clearly sculpted forms and surfaces. Striking paintwork and sophisticated details strengthen this impression further. The liquid greyrose copper exterior gradually changes in shade from warm copper to dark rose and injects the vehicle with dynamic flair even when stationary.

The large, interlinked double-kidney grille, the iconic side window graphic, and the blue accent surfaces at the front, sides and rear have clearly adopted the BMW i styling that already featured on the BMW i Vision Dynamics presented in 2017. Unlocking the vehicle causes the blue accents to light up, accentuating its eye-catching lines. Glass surfaces such as the large windows and the lights are integrated seamlessly into the design and have the appearance of elaborate inlays.

More than 300 International media representatives will board the most efficient cargo aircraft in its class (a Boeing 777F from the Lufthansa Cargo fleet) to experience for the first time the vision of future mobility: the BMW Vision iNEXT—the BMW Group’s latest Vision Vehicle.

Lufthansa Cargo and the BMW Group team have worked together closely to turn this extraordinary vehicle and technology presentation from idea into reality.

The assembled guests are introduced to the trailblazing vehicle and the future of the BMW Group as part of an exclusive closed room concept specially conceived and designed for the occasion.

Preparations for the presentation event have involved laying more than 7.5 km of wiring, while 78,000 LEDs in 165 video LED modules and ten 13,000 ANSI lumen projectors create a show inside the Boeing aircraft that appeals to all the senses. Over 120 specialists in exhibition stand construction from Lufthansa Cargo and the BMW Group have played their part in making the project happen.

The engineers and experts have used around 30 tonnes of material to construct a suitable platform for the BMW Vision iNEXT. The challenge has involved not only staging a presentation the likes of which few or any of those present will have witnessed before, but also ensuring their creation would literally “take off”.

Lufthansa Group to receive 176 aircrafts by 2025