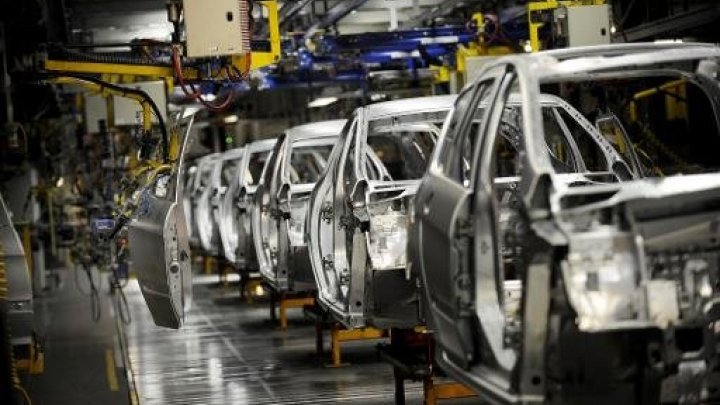 Several moves have been conducted by the Ministry of Industry to develop a new proposal for the automotive industry strategy, after the dispute emerged over the last draft submitted by the ministry to parliament during the last year.

Sources told Daily News Egypt that the ministry and the concerned authorities in Egypt are planning to use German experts to develop a new draft law to regulate the development of the automotive industry in Egypt.

The sources said that the latest draft of the automotive industry strategy had a lot of defects, which would be in the interest of one or two auto manufacturers only, which will eliminate competition in the Egyptian market.

Ali Tawfik, head of the Egyptian Auto Feeders Association (EAFA), described the government’s tendency to hire a foreign expert to develop a new auto industry strategy as “a waste of time, effort and money”, pointing out that this trend would be rejected.

He explained that this idea is not new, noting that it was suggested at the time of Rashid Mohamed Rashid, former Minister of Industry and Trade since 2007.

He pointed out that the ministry was planning to provide direct financial support of EGP 129bn to the car factories within a 10-year timetable for the development of local production lines to compete the imported products.

The minister of trade and industry Tarek Kabil had said on 6 July that the ministry will contract with a German expert in car strategy formulation to develop a similar strategy to the South African and Moroccan ones.

Tawfik pointed out that the current draft that was prepared by a foreign company has created a dispute among the businessmen of the sector.

A committee to draft new rules for local manufacturing

The Ministry of Industry has previously recommended the formation of a committee consisting of the General Authority for Industrial Development, and the Transport and Automotive Feeding Industries divisions in the Egyptian Federation of Industries (FEI) to formulate new rules for local manufacturing.

The ministry aims to resolve the recent disputes emerged among car companies over the automotive industry strategy that was prepared by Mounir Fakhry Abdel Nour, former minister of industry, and presented by Tarek Kabil, the current minister, to the House of Representatives for discussion.

Member of the Transportation Division at the Chamber of Engineering Industries, Samir Allam, said that the Ministry of Industry recommended that the General Authority for Industrial Development forms a committee to combine itself with the Transport and Feeder Industries divisions to formulate new rules governing local manufacturing of cars.

The members of the committee include; Alaa Salahuddin, director of the local manufacturing sector of the Industrial Development Authority, and Samir Allam, the representative of the Transport division, and all members of the transport and feeder industries. The first meeting is scheduled within the next few weeks.

A number of automotive manufacturers have submitted their proposals for the amendments to the Automotive Industry Development Strategy bill in a bid to move stagnant waters as the draft law’s fate remains unknown.

Deputy head of the Transportation Division at the Chamber of Engineering Industries, Samir Allam, said that Bavarian Auto Group, Fiat Chrysler Automobiles (FCA) Egypt, and Toyota Egypt have submitted a number of proposals to amend the strategy.

He explained that the amendments aim to include a level of flexibility in granting incentives, where companies seek incentives equivalent to the performance of each company. “If a company boosts the ratio of local components to 55% instead of the stipulated 60%, the company should receive an incentive equivalent to this ratio and not just block the company as if did not achieve anything,” he added.

Allam voiced his concerns about the split within the division on the strategy. “It is not fair to consider companies that increase production or deepen the industry—which has not been able to reach the required percentage—as complete failed attempts,” he stressed.

Moreover, he said that he is worried about personal interests prevailing over the public interest, as the strategy in its current form is in the interest of certain companies, so the consideration of the law has been postponed indefinitely by the House of Representatives.

Allam said that giving the strategy more flexibility in dealing with giving incentives would be the solution to revive the idea of a strategy for industrialisation, adding that the division will hold a meeting to resolve the fate of proposals submitted in the coming days.

Discussions to show implications of delaying issuance of the strategy

The Transportation Division held a meeting two months ago to discuss the implications of postponing the Automotive Industry Development Strategy draft law in the House of Representatives and the possibility of reformulation of the law again, which requires submission of proposals for the division during the coming period.

The parliament’s postponement came after a number of automotive importers and manufacturers said that the law serves one or two companies only. The parliament then postponed the discussion indefinitely for reconsideration.

Earlier, parliamentary sources pointed out that the parliament’s industry committee tried to contain the objections of car companies about the law, and a meeting was held with companies outside the House of Representatives. The list included Volkswagen, Seat, Kia Motors, Auto Jameel, and a number of feeding industries companies.
The participants agreed to submit a memorandum covering all proposals of the importing companies on the draft law to the parliament’s Industry Committee within 15 days from the meeting.

The sources added that the companies present discussed how to activate paragraph 3 of Article 6 in the bill, which offers incentives for exporting companies, whether cars or components.

Importers presented the challenges they faced during the supply of locally manufactured components to their parent companies, so as to benefit from incentives for export.

The proposed incentives in the current bill before Parliament

The draft law of the Automotive Industry Development Strategy gives incentives to encourage the manufacturers of vehicles: 23.05% for passenger cars with engines of up to a capacity of 1,600cc, 50% for cars between 1,600 and 2,000cc, and 57.45% for cars with a capacity higher than 2,000cc. Microbuses of 10-16 passengers are granted an incentive of 23.05%, while trucks that are less than 5 tonnes are granted an incentive of 16.65% and trucks with a load of 5 to 9 tonnes are given incentives of 9.05%.

This incentive is calculated from the value of the sales bill and taxes. The incentive is due according to specific cases, namely the increase of the domestic manufacturing rate in the locally produced vehicle gradually during the programme years, to reach 60% in case of passenger cars and microbuses and 70% in light and medium trucks.

It is also possible to get the incentive if the production reaches 60,000 vehicles for passenger cars and microbuses with 1.6-litre engines, 8,000 vehicles of over 1.6 litres, and 50,000 trucks.

We negotiate with EGA, BMAC to export components to Volkswagen Group: CEO of Kayan

On the sidelines of “Belt and Road”

Op-ed: Make in India and do it right