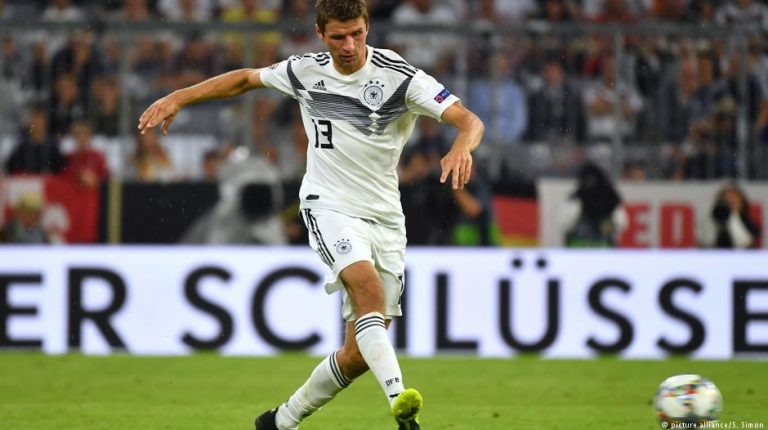 Germany’s first game since the World Cup debacle was highly anticipated by both team and fans alike. Against the new world champions, Joachim Löw and his players took positives from a cathartic goalless draw.Toni Kroos waved to the remaining fans inside the Allianz Arena with a smile. He looked relieved, as did the rest of his teammates who had already disappeared into the tunnel after their lap of honor. Only Kroos remained to soak up the rest of the atmosphere.

The goalless draw against the newly crowned world champions France seems to have had an effect.

“Today was a good first step,” analyzed Leon Goretzka. “It was about showing people that our heart is still beating,” added Thomas Müller.

Three months after the debacle in Russia, the German national team presented a different face. “That was particularly important for the coach,” explained Goretzka. “We wanted to show more commitment and engagement on the pitch and I think we did that.”

Time and time again, with high energy levels and great concentration, Germany kept France at bay, aggressively breaking up the world champions’ build-up play. They often succeeded, much to the pleasure of the coach, Joachim Löw, who praised his players for looking to get into tackles and winning them.

Even Kylian Mbappe, who asked the German defense questions with his tricks, flicks and changes of direction, couldn’t land a decisive blow.

“He showed once again that he’s a world-class player – or at least that he’s on that path,” said Goretzka with a grin. “I imagine he was fun to watch from the stands.”

The German supporters certainly had fun as chants of “Deutschland! Deutschland!” echoed around the sold-out arena and every promising move or successful slide tackle was greeted with applause.

“I need to say a positive word about the fans,” Goretzka said. “Right from the very start we had the feeling that we were all in it together and that made it a lot of fun.”

– Read more: How Germany’s players rated in their draw vs. France

Whistles and applause for Ilkay Gündogan

The relationship between team and fans seems to be improving as months of sporting and personal disappointment fade from memory. Ilkay Gündogan, who was mercilessly booed at Germany’s last game on home soil against Saudia Arabia in Leverkusen following his photograph with Turkish president Recep Tayyip Erdogan, was able to do a spot of PR work. A few isolated whistles could still be heard when the 27-year-old came on after an hour, but the majority applauded.

“I’m proud to be part of this team,” said the Manchester City midfielder, who added that he’d held positive talks with Löw. “The boss told me he’s happy that I’m continuing and that I’m still part of the group, which is exactly how I see it too.”

The team appears to have pulled closer together and Löw has clearly found the right words to drag his players out of their post-World Cup slump. The foundation for a rebuild has been laid.

“It’s a process,” said Löw. “It would be naïve to think we could forget the World Cup with just one game though. We can only really rehabilitate ourselves at Euro 2020.”

But first comes the next step: a friendly against Peru in Sinsheim on Sunday.