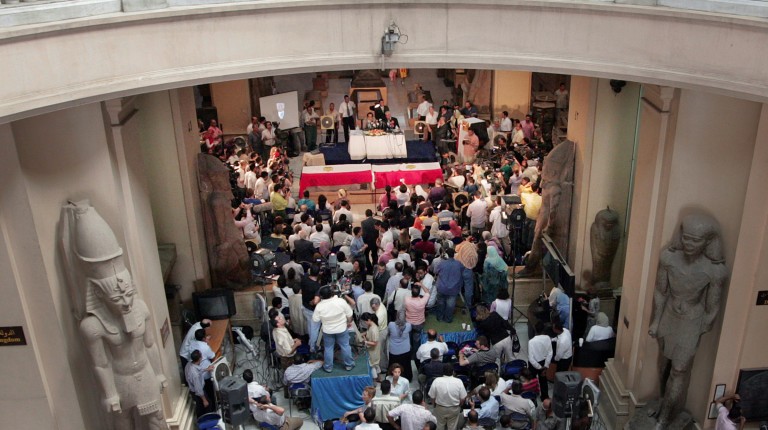 While most people associate Andalusia with Spain, an important stretch of what was once the northernmost part of the Arab World was also located in what is today’s Portugal. Though Arab rule extended even to the north of Portugal past Lisbon (Lisbun to the Arabs), the best remnants of Islamic civilisation in Spain can be seen on a trip to the remote region of Algarve, one of the most scenic regions of Spain. For tourists looking for a unique Mediterranean culture with echoes of the Arab past, Algarve is not to be missed.

The name Algarve is a corruption of the former Arabic name for the region “Al Gharb” (The West). The area is the most Western part of continental Europe. Even today, centuries later, there is plenty that is evocative of Andalusian glory—from Arabic loan words to Portuguese to the culinary touches that can be found in the regional markets.

The region is home to Islamic monuments that date to the middle ages. The region is increasingly embracing this unique historical heritage. The town of Tavira is home to an Islamic museum. Silves, once the Arab capital of the region, has hosted a centre for Portuguese-Arab studies since 2004.

During my trip to the region, I discovered plenty of Arab cultures just under the surface. Regional markets in Algarve include touches of Arab architecture. For example, in their use of domes and arches. The terms for seafood like the Portuguese language itself includes several loan words: savel from shabal and tuna from the Arabic al-tun. The seafood market is often close to the farmers market where many products introduced by the Arab world continue to be sold including apricots, almonds, and carobs.

“In Portugal, we have grown carob for centuries but we don’t make juice out of it, at least we don’t anymore, so this was re-introduced to us,” said Ricardo Melo, the food and beverage manager of the Anantara Vilamoura Algarve resort. “We had a member of our staff from Egypt who helped us come up with this juice.”

The hotel, the most luxurious in the region, is ideally located in the heart of the Algarve, an ideal base to explore the area littered with monuments of past kingdoms. Today, the region is home to royalty of a different kind.

For football fans, Former FC Barcelona great Luis Figo has a restaurant in the town of Vilamoura. Not far away are Roman ruins that sit next to a night club owned by Portuguese football star Cristiano Ronaldo. The club is—almost predictably—named Seven Vilamoura, after Ronaldo’s jersey number. The famed striker loves the region and has a private residence located not all that far from the hotel in a neighbourhood where many of the local buildings still have intricate Arab-influenced chimneys for which the region is famous.

On a walk through Vilamoura’s old town, it is easy to spot other architectural features more common to the Southern Mediterranean on streets that would not feel out of place in the kasbah’s of Morocco or Algeria. For those who prefer more active holidays, surfing and other beach sports are readily available. The region’s best golf course is also located on the edge of the Anantara Algarve Vilamoura—the Oceânico Victoria Golf designed by Golf legend Arnold Palmer. It hosts the Portuguese Masters.

Not to be missed on any trip to Portugal is the pastel de nata, small custard tarts which are the go-to Portuguese breakfast pastry. The pastel de nata at one of the region’s bakeries, Pastelaria Beira Mar, in Quarteira is the best in the region—if not Portugal.

The day before I left, however, I didn’t have to venture fat from the Anantara Vilamoura Algarve for a taste of the local culture. In the intriguing lobby dominated by a large indoor tree, I enjoyed a fado performance. In this traditional Portuguese style of music, a singer is accompanied by a stringed instrument. From the manner in which the guitar is plucked to the particular use of repetition, some have found in it Arab musical influences. The Portuguese lyrics have just a hint of melancholy—enough to make you long for your next trip to the Algarve.

Israel and Cyprus battle it out for Eurovision crown