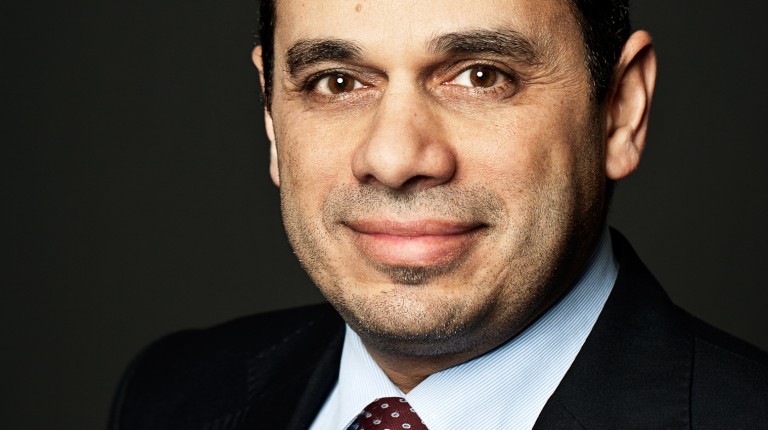 At a meeting in Cairo on 5 June, Saudi Arabia led the UAE, Bahrain, and Egypt to announce the suspension of diplomatic and trade relations with Qatar, citing its “support of terrorism.”

A year has passed since those four influential Arab countries jointly decided to boycott their Gulf neighbour, Qatar, sparking yet another crisis in the Middle East, which does not appear to have moved towards any progress.

Marking the day, Arab foreign ministers choose to continue engaging in a war of words which has become conventional, signalling to horizons for resolution.

On Tuesday, an article published in the New York Times by Mohammed bin Abdulrahman Al-Thani, Qatar’s minister of foreign affairs, called the boycott a “reckless” and “ill-considered” blockade, arguing that instead of bringing Qatar “to its knees,” the country emerged stronger.

Al-Thani placed the crisis at the heart of Middle East’s instabilities, which he said should generate Arab unity. He gloated about friendship with the US and promoted Qatar as seeking regional security and agreement.

The following day, the UAE’s Minister of State for Foreign Affairs Anwar Gargash laid out his own take on Qatar, in an opinion article in Al-Hayat. To him, the conflict remains as it is because of Qatar, which he said is a source of regional instabilities by “adopting terrorist projects in the Arab world.”

Gargash dismissed claims of any Qatari success in managing the crisis, pointing out that it has failed to stick to any of its commitments sponsored by the US and insisting that its only way out of the crisis is to back off.

Further escalation continued as the crisis approached its first year. In May, Qatar banned goods from the Arab quartet, including food and medical products, according to Qatari media.

On the other hand, the Arab quartet’ information ministers met in Abu Dhabi to discuss cooperation on countering extremism through the media and think tanks.

“The ministers highlighted the importance of countering the attempts of some regional countries’ politicised media outlets, which interfere in the internal affairs of other countries in the region with the ultimate objective of implementing suspicious agendas and undermining security,” the website Gulf News reported on 29 May. All of those are accusations the quartet has directed at Qatar.

The above-mentioned examples give a glimpse into how intense the crisis has become and how there have been no initiatives by any of the parties to solve it. No regional event with the goal of bringing them together was organised. Instead, the League of Arab States took a stance against Qatar.

How has Qatar managed the boycott?

One of the major aspects of the boycott was economic. The country’s airspace and ports were closed, which the Qataris considered a de facto siege.

Qatar’s economic growth was slower in 2017 compared to 2016 but reports did not reflect a severe economic crisis.

A trade embargo was putting Qatar under serious pressure, being a heavy importer of food and goods, especially from Saudi Arabia. The latter having also blocked its terrestrial borders with the peninsula, Qatar was left with more costly merchandise routes.

Having to turn to other countries to avoid plunging into chaos, Turkey and Iran quickly weighed in.

Generally, the prospects for Qatar’s economy are looking positive, according to experts. According to Fitch Ratings in June 2018, Qatar was able to survive the crisis and narrow its fiscal deficit.

In April 2018, the World Bank projected a recovering GDP growth of 2.8% and a further rise to 3% in 2019/2020. The World Bank explained that the economy will be supported by the expected Barzan natural gas facility, rising energy receipts, and spending on infrastructure.

Relations with the US

In both ministers’ articles mentioned above, the US is mentioned as a friend to the two parties. The US is indeed a friend to all parties involved, with financial and military ties.

Since the crisis erupted, eyes have been on the US reaction and what role it would play. President Donald Trump said he would be ready to mediate, back in September 2017.

His position had initially backed the boycott despite US officials taking an opposite stance. Former Secretary of State Rex Tillerson’s approach was more neutral and encouraging of reconciliation.

The US pressured Qatar to commit to counterterrorism efforts. Qatar indeed placed people and entities on a terrorism list, including Egyptians and Saudis already declared as such by their countries. In April, Qatar’s Emir Tamim bin Hamad Al-Thani met with Trump at the White House.

In March, a group of American mediators were on tour to discuss the crisis in Kuwait, Qatar, and Egypt. But no progress has been made.

After declaring cutting ties with Qatar, the Arab quartet also gave Qatari citizens 14 days to leave their territories and banned their nationals from travelling to them.

Among the severe decisions taken by the quartet against Qatar was a list of 13 demands to be met within 10 days, a condition to lift the economic and diplomatic embargo.

Those included reducing the scale of relations with Iran, which is a main source of tension with the Saudis, closing down the broadcaster Al Jazeera, which annoys the Egyptians, and abstaining from interfering in other countries’ affairs, which was a main complaint of Bahrain.

Qatar was also asked to cease being a safe haven for terrorists, or funding such groups, and to hand over “terrorist” figures and halt support for political opposition in any of the four countries.

Qatar dismissed allegations against it and called the demands unrealistic, refusing to cede to what it considered foreign interference into its internal affairs.

Oman and Kuwait remained out of the anti-Qatar alliance, as Kuwait initially mediated between the two sides.

The Arab quartet reinstated those demands repeatedly throughout 2017 and 2018, with the most recent instances happening at the Arab ministerial meeting on the sidelines of the 29th Arab Summit held in Riyadh in April.

In local Egyptian media, Qatar continues to be criticised through talk shows and short videos focusing on accusations of supporting terrorism. Al Jazeera and a few other Qatari websites are blocked inside Egypt.

A year of the crisis: Foreign media

The issue was a topic of interest in international media earlier this week.

Newsweek published on 4 June a recap on the crisis, highlighting how the US position shifted towards a reconciliatory approach and how Qatar worked to invest in natural gas. “After one year, Qatar shows few signs of caving to the pressures of its former allies. Some have even argued the blockade has made the country’s rulers stronger and helped them shore up greater international investment,” the report said.

In an opinion piece for the Associated Press on 3 June, Jon Gambrell wrote that the crisis left the Arab bloc divided at a time when the US is seeking more pressure on Iran, especially since the crisis improved relations between Qatar and Iran, as the US position remains unclear in the case of a confrontation between Gulf nations.

Likewise, the Washington Post said that the only winner of the crisis seems to be Iran. In an in-depth article on 7 June, the newspaper said that the most troubling issue with the crisis is it created a new power dynamic for Iran.

In Bloomberg, Mohammed Sergie focused on Al Jazeera’s network restructure and reduction of employees as part of cost-cutting measures.

We are continuing to move economy, Egyptian people to unprecedented place: CBE governor