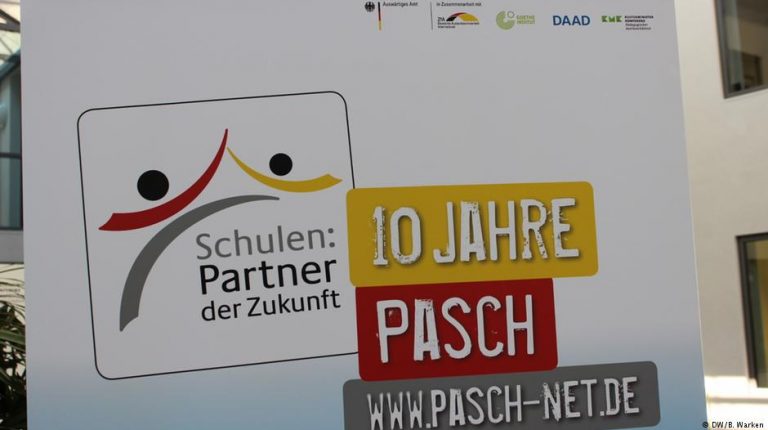 Digitization and high-quality education are top of the agenda at this week’s World Congress of German Schools Abroad in Berlin. In addition to experts and politicians, alumni will also be taking part for the first time.From Abu Dhabi to Accra, from Boston to Bogota — the network of German international schools spans the world. But how can this network of 140 schools be strengthened, and how can cooperation between the schools be improved? These are the questions up for discussion at the World Congress of German Schools Abroad, taking place in Berlin from June 6-9.

In previous years, the gathering — which takes place every four years — has been held in Mexico City, Cape Town, Shanghai and, of course, Berlin. This year, it’s back in the German capital for the second time.

Guests at the event, organized by Germany’s Foreign Office, the International Association of German Schools Abroad (WDA) and the Central Agency for Schools Abroad (ZfA), will include Foreign Minister Heiko Maas, as well as representatives of German business, culture and education sectors. For the first time, alumni from several German international schools will also be in attendance.

The festivities will open with a performance by the Humboldt Big Band, from the Deutsche Schule Alexander von Humboldt in Lima, Peru. Later, discussions and workshops will debate various topics: To what extent do schools abroad contribute to schools in Germany? How can educational standards be improved, for example in digitization? How can global cooperation between schools, universities and the economy be strengthened?

Another central topic: the expansion of international sponsorships for the network of German international schools, a goal defined by Germany’s new governing coalition that is to be put in place during this legislative period.

Read more: Education and digitization: Germany should invest in teaching before tech

An important participant is PASCH (“Schools: Partners for the Future”), an initiative of the Foreign Office that is celebrating its 10th anniversary. PASCH was launched by the former foreign minister, now president, Frank-Walter Steinmeier during his first term in office in 2008.

Under the slogan “gemeinsam. lernen. weltweit” (“together. learning. worldwide”), the network of some 2,000 schools and 600,000 students aims to raise interest in the German language, society and culture, and enable young people to build up long-term connections to Germany.

At this week’s congress in Berlin, PASCH is also organizing a career fair for alumni, supported by the ZfD, the Goethe Institute, the German Academic Exchange Service and the Pedagogical Exchange Service (PAD) of the Secretariat of the Conference of Ministers of Culture.

GUC has 42% of Deutsch universities’ students outside Germany