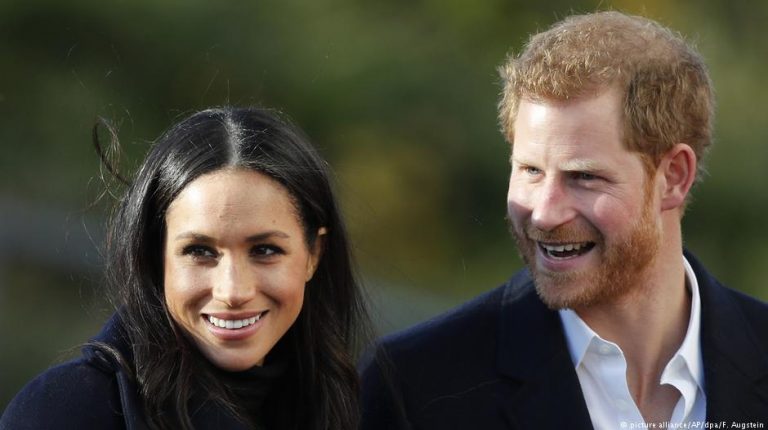 England is feverishly awaiting the latest royal wedding on May 19 as Prince Harry of Wales, grandson of Queen Elizabeth II, marries US actress Meghan Markle. But few were expecting the American bride to get baptized.Amid the hype in the lead-up to the royal nuptials, it was reported that Meghan Markle was quietly baptized and confirmed as an Anglican at St James’s Palace in London in early March. Justin Welby, the Archbishop of Canterbury and spiritual leader of the Church of England, is said to have performed the private ceremony.

Though Markle attended a Catholic high school in Los Angeles, she was raised in a Protestant home. Indeed, her father is a member of the US Episcopal Church, which is part of the Anglican Communion, the umbrella arm of one of the world’s largest Christian faiths that numbers some 85 million people in over 165 countries. Nonetheless, it’s understood that Markle was never baptized.

Markle’s decision to be confirmed as an Anglican was in no way obligatory. Yet her late-life baptism shouldn’t be surprising as her fiance’s grandmother, Queen Elizabeth II, is the leader and Supreme Governor of the Church of England — even if this is largely a ceremonial role.

Church of the Reformation

Anglicanism grew up in the late Middle Ages out of the Protestant Reformation that was then sweeping across Europe, and officially came into being with the formation of the Church of England in 1534.

This English Reformation began when a dispute between King Henry VIII (1491-1547) and the Roman Papacy over the legality of royal marriages caused the English bishops to break away from Rome in 1531 and declare that Henry — rather than the Pope — was the head of the English Church.

Two years later, the English Parliament passed a law that made King Henry the secular head of the new Church in England — a role the English royal family retains to this day.

Reverend Christopher Easthill, Rector of the Anglican/Episcopal Church of St. Augustine of Canterbury, points out that Catholic roots remain. “We say that we are Catholic and Reformed, Catholic because in our Reformation we have kept a great deal of the structure and liturgy of the Catholic Church.”

Indeed, Henry VIII remained a “staunch Catholic,” Easthill notes, with the King writing a critical essay of the German reformer Martin Luther and his teachings. As a result, he was awarded the title of “Defender of the Faith” by the Pope — despite his separation from Rome.

Nonetheless, since 1549 the Book of Common Prayer has set out the distinct prayers, sacraments, ecclesiastical actions and ministries of the Anglican Church.

With over 80 million believers globally, the Anglican community is the world’s third largest Christian faith behind the Roman Catholic Church (1.2 billion) and the Orthodox church (280 million).

But while the Church of England itself has between 20 and 22 million members, according to estimates, a 2017 report by Britain’s National Centre for Social Research found that membership in both the Church of England and numerous other Anglican denominations has roughly halved over the last 20 years.

The church will be hoping that its new high profile member can turn this trend around.

Cost of tying the knot: How much do weddings cost globally?