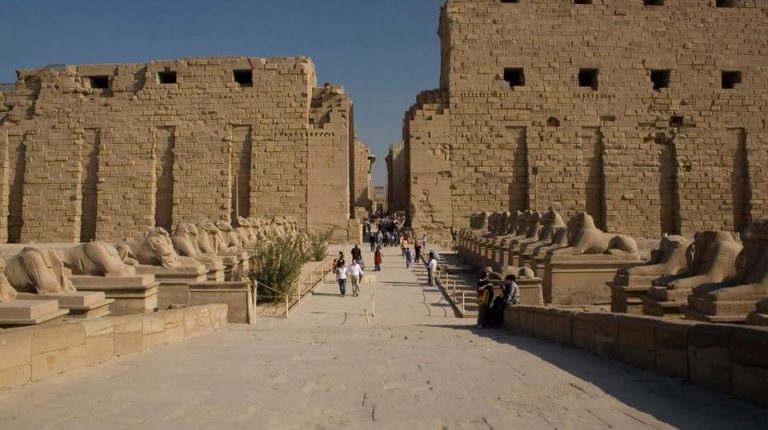 The Ministry of Antiquities launched its latest initiative “Go Ahead” on Tuesday, as a part of the project launched by the ministry to support people with physical disabilities through facilitating their visits to temples and archaeological sites.

With the support of Helm Foundation, the ministry started rearranging Luxor and Karnak temples as well as Luxor Museum to install roads and facilitations that allow the disabled to visit them.

Sherif Abdel Moneim, supervisor of renovation of archaeological sites unit at the ministry, stated in a press release that the initiative plans to establish paths for wheelchairs and ramps for moving around the temples, as well as signs to direct visitors towards these paths.

As for displayed films, there will be special screenings in sign languages for those with impaired hearing. The ministry is also preparing bathrooms according to international standards for people with special needs.

Workers of the three historical sites will also be trained on how to help special needs people through a series of workshops and training sessions.

The initiative comes as a part of civil organisations’ participation in developing Egyptian society in cooperation with the Ministry of Antiquities in order to help people with disabilities to visit historical sites.