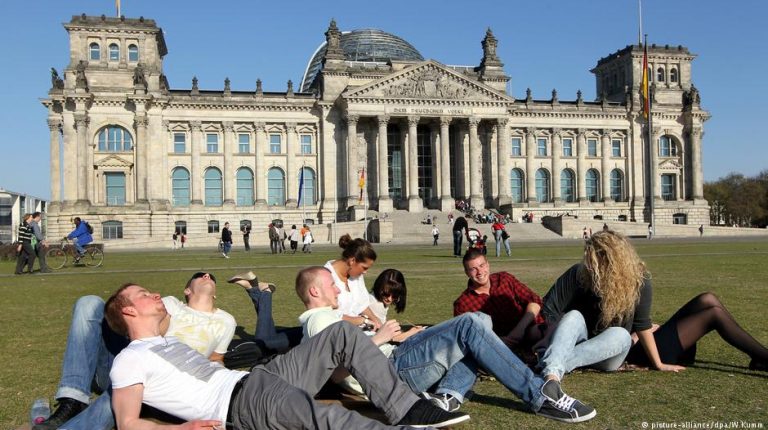 Germans are known the world over for their virtues: efficient, reliable and always on time. But is all this actually a myth? Don’t look for German virtues in Berlin, says columnist Gero Schliess.Are you familiar with this feeling? Someone goes way overboard singing your praises while you know fully well that it may not quite be deserved.

Someone might praise your outstanding cooking skills, even though what really happened was that perhaps one of the spices slipped out of your hand, resulting in a happy accident.

Or a colleague tells you that you’re looking great even though the truth of the matter is that you stayed up partying all night long and the ambient light of your computer screen is the only thing hiding the bags under your eyes.

When I lived abroad I heard such songs of praise on a daily basis. Unfortunately, it wasn’t I who was the subject of such lauding but the country I hail from.

The things I heard about Germany abroad always went way overboard and sometimes sounded completely unreal to my ears. Yes, it was all about our supposed German virtues. And it happens wherever I go.

On a recent trip to Portugal, these virtues were constantly highlighted – despite Chancellor Angela Merkel’s uncompromising austerity policies, under which Portugal also suffered under during the euro crisis.

When I used to work as a correspondent for DW in Washington, I was always told how punctual Germans are, how reliable, how environmentally friendly, how open-minded, hard-working, ambitious, orderly and economical.

And they even praised German bureaucracy for being efficient – and friendly.

Are they really talking about us Germans? I’m confused. Maybe these are all virtues we used to espouse – like a fairytale from a time long, long ago. But today, amid scandals like Dieselgate and news of dozens of military aircraft that don’t work properly, can Germans claim to be efficient and environmentally friendly?

The birthplace of Prussian officialdom

Nevertheless, (almost) everyone loves Germans. But we should know better, right? One could doubt whether foreigners and Germans are talking about one and the same country. Maybe there are some rural areas in Bavaria where all these German virtues continue to survive, but the contrast between these foreign illusions and the reality of life in Germany is especially plain to see in Berlin.

German journalist Ursula Weidenfeld recently wrote in the daily Berliner Tagesspiegel newspaper that “Berlin authorities are simply unable to have a decent airport built. They are unable to even hand out appointments for local residents to get registered or to set wedding dates. Even child

protective services only operate on a limited scale.”

It’s well known that I love Berlin despite its long list of shortcomings. And so far, I’ve treated the city kindly in this Berlin 24/7 column, writing off such failings as being in the nature of bureaucracy.

Other people lament a complete failure of government on every level – ironically in the very city that gave birth to the Prussian brand of officialdom.

Vice and virtue in Berlin

For those who still don’t believe me and want to cling to this image of German virtue, I can promise that as soon as they get to Berlin, they’ll lose all faith. Let’s put these misguided views to the test:

Germans are expected to be universally ambitious and good at managing their finances – that’s at least what people abroad think. While this stereotype might be true of a Swabian housewife, you can’t really apply it to a typical bon-vivant living in Berlin.

Despite having expensive tastes, your average Berliner tends to have a low income and often depends on government welfare benefits. After all, those drug habits won’t just finance themselves.

No wonder Berlin is the only capital city in the European Union that actually has a negative economic impact on the rest of the country, pulling the overall economy down considerably. Without Berlin and its residents, Germany’s GDP would rise 0.2 percent, according to the Institute of German Economics.

Still not convinced? Let’s take a look then at the myth of German reliability: I’ve just returned from the post office. As I wait in line at notice that the lady in front of me wants to pay with a 50 euro bill.

Meanwhile the woman behind the till, her heavy eyelids suggesting that she might already be preparing for hibernation during her upcoming lunch break, acts as though she’s just been verbally assaulted. “No change,” she utters.

I try to help the lady by suggesting she could pay by credit card. “Doesn’t work – the machine is broken,” I’m told by the cashier, who seems to have returned from hibernating. So much for the Berlin version of German efficiency.

The only thing you can rely on these days is the fact that you can’t rely on anything.

There’s nothing more boring than perfection

Aware of its shortcomings, Berlin tries to warn tourists before arriving not to expect too much when it comes to those German virtues. On the government-run tourism page Berlin.de, the city tries to spare visitors from suffering a strange kind of culture shock, warning: “Perfectionists are their own worst enemies.”

“Trying to constantly outperform yourself can even make you sick,” the website continues, without providing any medical proof for these hypotheses.

Apparently, those responsible for marketing the city to tourists mostly want to maintain its image as a trendsetting hotspot. Berlin’s image actually seems to be a continuation of the latest brand campaign by fashion house “Diesel:” “Go with the flaw – Perfection is boring.”

In other words: keep making mistakes – perfection is totally overrated.