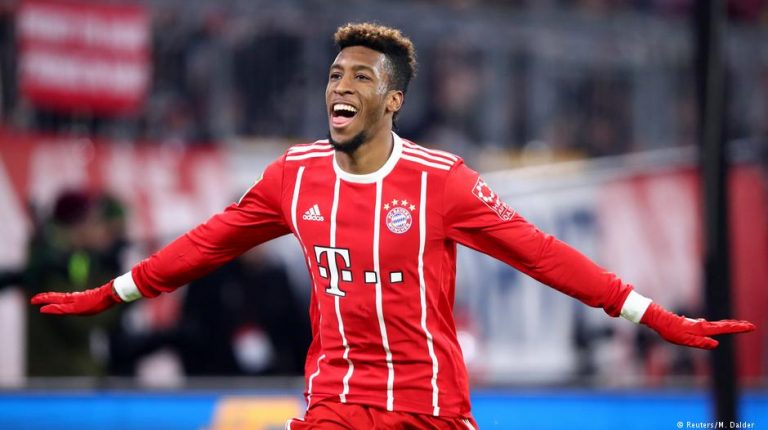 The Bundesliga’s reputation for being a hotbed of talent precedes it and in the 2017-18 campaign, the next generation of stars has once again used the platform to outshine their more experienced counterparts.Rewind to the start of the season and it was American sensation Christian Pulisic stealing all the headlines as part of what, at the time, looked an unstoppable Borussia Dortmund side. Meanwhile, back on Matchday 7, Jann-Fiete Arp’s name was on everyone’s lips after the Hamburg striker became the first player born in this millennium to make his Bundesliga debut.

That being said, neither of the aforementioned duo have done enough to crack my Top 5 when it comes to the Under-21 players at the top of their class in the first half of the season.

Bailey has been a revelation. While for some the Jamaican may have come out of left field, others are questioning why he wasn’t deployed more effectively by Roger Schmidt last season. Being brought off at half-time of the Matchday 1 loss to FC Bayern Munich did little to ease the pressure on the supposed “flop.”

However, since completing the full 90 in the 3-0 win over Hamburg as part of Heiko Herrlich’s new 3-4-3 system, Bailey has chipped in with four goals and four assists. Leverkusen haven’t tasted defeat in that time frame and the 20-year-old deserves plenty of credit.

Franck Ribery and Arjen Robben have spent years striking fear in the hearts of Bundesliga back-lines, but this season they have been outdone by their understudy. With both veterans sidelined for spells of the Hinrunde, Coman seized upon the chance to further his standing in Bayern’s star-studded line-up.

It speaks volumes of the Frenchman’s quality that Heynckes turned to him when the German record titleholders were 2-0 down against Borussia Mönchengladbach. While Coman couldn’t turn the game around, his impact in one-on-one situations is setting him apart. He’s already had a hand in more goals (two goals, two assists) this season than he did all of the previous campaign.

An unsung hero who only began receiving recognition for his contributions when his name popped up on the scoresheet, Harit is in the running for signing of the season if he can maintain his form after the winter break.

The 20-year-old has wasted little time in settling into life with a new club in a new league. His creativity dovetails well with his work ethic and has given Schalke a new spark up front, while his work off the ball is allowing the likes of Leon Goretzka to thrive with more time and space. Expect the Moroccan’s tally of two goals and four assists to rise before the end of the season.

At just 21 years old, Pavard has displayed a level of composure and consistency well beyond his years in Stuttgart. Hannes Wolf’s charges boast the joint-fourth best defensive record in the Bundesliga, which is an incredibly impressive feat as a newly-promoted side at the halfway stage of the season.

Pavard has played his part to great effect and is yet to miss a minute of action this season. Add to that his ball-playing abilities from the back and Die Schwaben will be hard-pressed to hold onto him, especially if he’s named in France’s 2018 FIFA World Cup squad.

After ending last season as the highest scoring German national and winning the 2017 FIFA Confederations Cup in the summer,Werner’s start to the season almost seems tame by comparison.

Leipzig haven’t played with the same breathtaking pace they did last season as opponents have begun figuring them out, yet Germany’s first-choice striker has still managed to net eight times in the league this season. With a trip to Russia looming, 2018 could be one of the most significant years in the 21-year-old’s career.

Honourable mentions go to the likes of Dennis Geiger, Santiago Ascacibar and Kai Havertz, but if we’ve omitted your pick, feel free to let us know on social media!