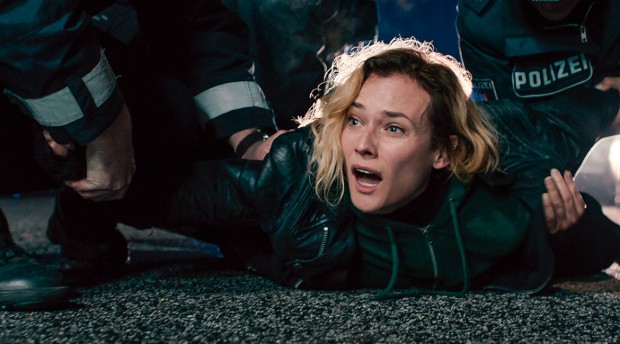 Nine films have made it into the final list vying for an Academy Award nomination in the foreign language category. The Academy of Motion Picture Arts and Sciences announced the shortlist on Thursday, with films from Lebanon, Chile, Hungary, Senegal, Sweden, South Africa, Russia, Germany, and Israel. The nine films were chosen from a longer list of 92 films.

The shortlisted films are Chile’s “A Fantastic Woman”, Germany’s “In the Fade”, Hungary’s “On Body and Soul”, Israel’s “Foxtrot”, Russia’s “Loveless”, Senegal’s “Felicite”, South Africa’s “The Wound”, and Sweden’s “The Square”.

A record 92 countries submitted films this year. Five films are usually nominated for the foreign language Oscar. Nominees are to be announced on 23 January. The award ceremony in Hollywood will be on 4 March 2018. The following three selected films are worth watching and discussing.

The film gives a different narrative of the long and bloody civil war in Lebanon. It follows a relationship between a Palestinian foreman and a Christian mechanic. The court-drama deals with the prejudice and hatred that the war left in the mindsets of people.  It is based in post-civil war Lebanon. Doueiri is not new to the Oscar race, as his 1998 feature-film debut West Beirut was also selected as the Lebanese entry for the foreign language film category, but was not chosen as a nominee.

Another selection on the list is the LGBT-focused narrative film A Fantastic Woman, which was directed by Sebastián Lelio. The film follows Marina (Daniela Vega), a transgender opera singer and waitress whose older boyfriend suddenly dies. As she begins to piece her life back together, Marina finds herself forced to deal with her lover’s ex-wife and son, both of whom openly disparage her, revealing their rampant transphobia.  The film contains long shots of its protagonist in several situations; in night clubs, streets, on stage, and in musical fantasy sequences. Maria starts a relationship with a man called Orlando. The film starts a journey of disapproval by his family.

Vega has a career-making performance with a sophisticated portrait of loss and queer pride. The film creates sympathy for transgender individuals by making a transgender character the spearhead of the film, played by an openly transgender actress. The film received the 4th Fénix Ibero-American Awards on 6 December, including the best picture and best director awards, as well as best actress for Daniela Vega.

In the Fade, Fatih Akin

Fatih Akin’s In the Fade is a thriller about a woman whose life collapses after the death of her husband and son in a bomb attack. The police arrest two suspects: a young neo-Nazi couple and the woman seeks justice and revenge. In the Fade celebrated its world premiere by competing at the 70th Cannes Film Festival, where leading actress Diane Kruger was honored as best actress. Katja and Nuri Sekerci (Kruger and Numan Acar) are a happy couple. Nuri’s Kurdish background, however, proves reason enough for right-wing radicals to murder him. Akin’s movie deals with the series of murders undertaken by the neo-Nazi group National Socialist Underground (NSU) across Germany from 2000 to 2007.

The film takes on the struggle of an immigrant to seek justice and avenge her family, within the umbrella of the law or outside it. The film points out that due to the prejudice, victims of assault can be looked at as the perpetrators, only because they are immigrants.

Hamburg-based Akin Fatih has won numerous awards, including best screenplay in Cannes in 2007 for his feature film The Edge of Heaven as well as prestigious awards at the film festivals in Berlin (2004) and Venice (2009).

Venice 2018 kicks off on with controversy

Spielberg’s ‘The Post’: a cautionary tale of press freedom