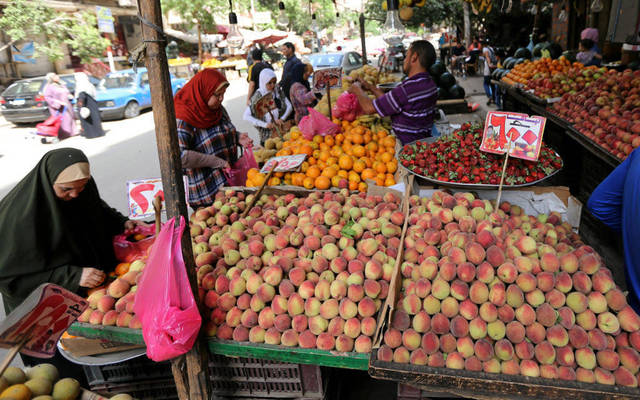 Egypt, a country with a population of 90m, where more than 28% of them live below the poverty line, has been struggling with economic challenges and political turmoil since the 25 January Revolution in 2011.

In November 2016, the government started to implement the economic reform programme backed by the International Monetary Fund (IMF), which has led to increasing inflationary pressures due to the Central Bank of Egypt’s (CBE) decision to float the national currency, introducing the value-added tax (VAT), and reducing fuel subsidies twice, which greatly affected Egyptians purchasing power, lifestyle,  and made them feel squeezed by austerity.

In Cairo’s Maadi suburb, Abd-Allah Metwalli, the owner of a local Koshari restaurant, complains that the operating cost of his shop is extremely on the rise and that he started to think about closing his shop.

“I am unable to increase prices much to avoid losing customers, but the costs keep rising and people buy less,” said Metwalli.

He added that he has around 40 workers in his shop, all of whom are fully dependent on this job; however, he explained that as soon as he starts losing money, he will have to close his store.

Inflation has been on the rise since the currency flotation on November, reaching a 30-year high of 33% in July 2017, then slowing to 31.6 in September. The cost of each and every product or service offered has witnessed dramatic increases, due to the fact that the Egyptian currency lost more than 50% of its value, in addition to the implementation of the value-added tax and lifting the energy subsidies.

Mohamed Ismail, a 27-year-old worker in the restaurant, told Daily News Egypt that he needs around EGP 1,500 just to cover his expenses, as he smokes a pack of cigarettes daily, which currently costs EGP 13, and he uses three different methods of transportation, all of which have increased.

Ahmed Abou-Elmaged, a 53-year-old manager, said that his daughter’s private university fees are becoming a huge burden, and in order to pay them now, he started to give up some luxuries, like replacing their mobile phones with newer ones or going on a summer holiday.

Hala Hussein, a 35-year-old middle-class housewife whose husband works as a mechanical engineer, says her family spending patterns and priorities have changed over the last couple of years.

“I changed my grocery shopping habits. I used to buy specific types of pasta, but now I opt for whichever brand I find cheaper. We used to eat beef at least three times weekly, but now we can only afford to once,” said Hussein, pointing to how much they need to operate on a budget.

Hazem Barakat, a 39-year-old banker and a father of two sons, explained that he is struggling to maintain the same standard of living that he used to have. It’s not an issue of food and drink he explained, but now most of his income is spent on the very basic needs, car maintenance, and the tuition fees for his two sons.

“The tuition fees for my 7-year-old son have increased to reach EGP 20,000 annually. What made it worse are the school supplies; in September I had to spend a fortune to get them just two backpacks,” Barakat said.

Sara Mohsen, a 29-year-old photographer, said that although mobiles are an essential part of our lives and her job, she had to reduce the number of her monthly top-ups, and tried to depend more on VOIP services and mobile apps.

“I used to top-up three to four times monthly, each of at least EGP 50, as my job requires a lot of phone calls and mobile data, but with the new prices, what I used to get with EGP 150 will now cost me more than EGP 200,” she added.

Butane cylinders, one of the essential household items that, according to the latest estimates, are depended upon in around 12 million homes, had witnessed a dramatic increase over the last couple of years. The price of a butane cylinder increased from EGP 12.5 to EGP 15 in November 2016. A further increase was witnessed in the second round of subsidy cuts in June 2017, when the price jumped to EGP 30.

The head of the Division of Petroleum Materials of the Federation of Egyptian Chambers of Commerce (FEDCOC), Hossam Arafat, explained that the reduction witnessed in butane consumption is the result of different factors, such as the change in consumption behaviour in the summer season compared to the winter season, as the consumption usually decreases during the former.

Moreover, the former head of state-owned Egyptian Company for Gas Transferring and Deliverance (Butagasco), Ramadan El-Sayed Ibrahim, said that the cut in butane consumption is deemed positive, as it will lead to the reduction of Egypt’s imports bill. He went on to explain that the government still subsidises around 75% of the real butane cylinder cost, and that such hikes would reduce the attractiveness of the gas in industrial usages. He added that poultry farms were one of the reasons behind the previously high levels of consumption of subsidised LPG cylinders.

Butagasco announced in September that their butane cylinder sales have increased by 14% to reach 40 million units in the first half (H1) of 2017, rising from 35 million cylinders in H1 2016. Butagasco represents about 50% of the LPG cylinder packaging market, while the rest is divided between 40 private sector companies.

On the other hand, Gamal Kaliouby, an international energy expert and a professor of petroleum engineering, said that people have changed their consumption behaviour to adapt to the new prices and that in Upper Egypt people are starting to use other substitutes, such as kerosene stoves or mud stoves, the latter being a primitive form made of mud or clay and using different types of fuel, such as wood, charcoal and briquettes.

Ahmed, a resident of the village of Azizia in Giza’s Badrashin, said that the street price of butane cylinders increased to EGP 50 and that his wife currently relies on an old kerosene stove for cooking. He added that many residents of his village are now using mud stoves, especially for water heating.

Aliaa El-Mahdy, former dean of the Faculty of Economics and Political Science, explained that the inflation will lower purchase power across classes, causing what she described as a severe recession. However, she believes that if the government was successful in attracting investment, then that would reduce the effects.

The government is working to increase growth rates to reduce poverty

It is not true that the IMF demanded imposition of incremental taxes: Finance Minister

Energy subsidy cuts, take its toll on the average Egyptians