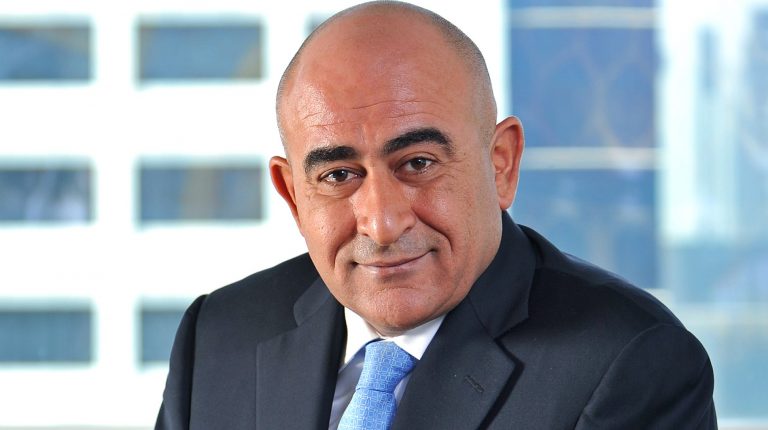 In the wake of the ongoing economic reform programme adopted by the authorities and the plans to transform Egypt into a major energy hub, Daily News Egypt sat with Gasser Hanter, chairperson and managing director of Shell Egypt, which is responsible for around 20% of Egypt’s gas production and 10% of the country’s oil production to discuss the prospects of Egypt’s oil and gas sector, in addition to reviewing the company’s latest projects and updates in the Egyptian market.

How do you describe Shell’s presence in Egypt?

We have a unique partnership with Egypt and we are a leading player in both the upstream (onshore and offshore) and downstream in Egypt.

Upstream, we have a diversified and an interesting footprint, producing a significant percentage of the country’s oil and gas, with approximately 20% of the country’s gas production and 10% of its hydrocarbon liquid production, making us one of the two biggest operators in the western desert at a daily production of over 130 kilo barrel of oil equivalent (Kboe). Through our three joint ventures, Badr El-din Petroleum Company (Bapetco), Rashid Petroleum Co. (Rashpetco), and Burullus Gas Company (Burullus), we continue to provide production and development activities in Egypt—our onshore presence in the Western Desert spans over nine Production Sharing Contracts (PSCs), with stakes in 22 oil and gas production licences in the Badr El-Din, Northeast Abu El Gharadig, Sitra, West Sitra, Obaiyed, and Alam El Shawish West (AESW) areas.

This is in addition to four onshore exploration blocks—North Matruh, North East Obayied, and North Alam Elshawish, besides the recently awarded block of North Umbaraka (NUMB). We also have near-field exploration activities within our existing development concessions and are proud to be the largest infrastructure operator for pipelines and processing plants in the western desert. Our offshore portfolio includes two operated gas-producing concessions—Rosetta and West Delta Deep Marine (WDDM)—and two operated non-producing concessions—North Gamasa NGO and El Burg Offshore EBO.

Our midstream business in Egypt, our world-class Egyptian LNG (ELNG), is a joint-venture with the Egyptian General Petroleum Corporation (EGPC) and the Egyptian Natural Gas Holding company (EGAS), among others. We have the ability to produce and export 7.2 mtpa (2 trains) and up to 120 LNG cargoes per year. This year marks a major achievement for the ELNG, the successful full loan repayment for financing the establishment of the Egyptian LNG project.

Moreover, we have a thriving downstream business in Egypt with a growing lubricant-market share, at approximately 19% and an oil-blending plant, which is currently undergoing expansion.

Our people are our core assets. We are optimally delivering performance through building local staff competencies. Through our joint-ventures, we employ around 3,500 people in Egypt and over 80 located globally.

As you can see, Shell is here to stay and grow its investments and operations in Egypt, supporting the country to meet its energy needs.

Can you tell us more about ELNG’s success in loan repayment?

When the financing was secured in 2003, it was the largest financing project in Egyptian history.

Today, Egyptian LNG is beginning a new chapter, one of greater financial stability. The Egyptian LNG can look to the future. It is a world class asset that can help Egypt to meet its economic goals and its aspiration of becoming a major gas hub in the years to come.

It was a very proud moment for this joint venture. This would not have been possible without the strong support from the government and from the creditors.

What are Shell’s latest updates?

On the Onshore: we see the western desert as a rich basin and look forward to maximising the hydrocarbon potential there through our JV Bapetco, which is operating at full capacity. Plans include an aggressive near-field exploration using the latest seismic reprocessing techniques, in addition to continue drilling exploration wells within the exploration licences of North East Obayeid and North Matruh. We are also looking to the fast-paced development of brown field infill drilling, sustained water-injection and well-workovers of restoration and optimisation. This is in addition to unlocking difficult gas opportunities. Our recent onshore discovery in the North East Alam Al Shawish concession has an estimated 0.5 Tcf gas in place, and we have commenced our development and planning activities. Such a discovery is the deepest and is one of the largest gas discoveries in the western desert in the past years and is set to have a material contribution to the overall onshore production in Egypt.

We are pleased to have signed last month the concession agreement of the recently awarded North Um Baraka (NUMB) block with the Egyptian Ministry of Petroleum and Mineral Resources, which was part of the 2016 onshore bid round. The NUMB block is adjacent to the Obaiyed development lease in the western desert, which is operated by Bapetco—our joint-venture with the Egyptian General Petroleum Corporation (EGPC)—covering an area of approximately 5,624 square kilometres. The proximity to the Obaiyed concession allows for quick tie-in and production from future discoveries. We intend to use high-resolution 3D seismic and deep drilling technology in our new North Um Baraka block and plan to commence drilling at the end of this year and proudly have one of the largest onshore exploration teams in Egypt with high-technology capabilities and strong support from the global Shell Technology Centre.

We have paved the way with the largest and first high-resolution 3D seismic survey over North Matruh/North East Obaiyed in 2015 and drilled the second deepest well in the western desert, the BTE-2 discovery, to almost a 6,000-metre depth in August 2016.

As for offshore, we are continuing to maximise production from existing wells in our two operated concessions: Rosetta and the West Delta Deep Marine, which once had the capacity to produce 2bcf/d. We are also resuming our technical studies for further development and realisation of exploration potential, which looks promising given new avenues (such as deeper horizons). On phase 9B, we are also discussing with the relevant authorities the potential future investment opportunities, and such discussions are progressing well.

What is Shell’s view on Apollonia?

Innovation and successful partnership are what comes to my mind when talking about Apollonia. This is a very exciting project, and we are glad to be taking part in it as it is done for the first time in Egypt. Our pilot, Apollonia, is a formation of the Northeast Abu El Gharadig (NEAG) licence area, a joint venture between Shell (52%) and Apache (48%) in the western desert.

We test the potential of stranded gas fields through this pilot using state-of-the-art technology, where we work with our partners EGPC and Apache to assess the future viability of tight gas reserves, using horizontal multi-stage fracking.

Two horizontal multi-stage fracked wells were delivered successfully as part of the pilot phase, where the wells are currently delivering relatively sustained gas rates. The outcomes from the first multi-stage frack pilot project in Egypt are being reviewed to be reflected in the planning of the next phase of development. Based on the outcome of such pilot, we would evaluate further opportunities within the unconventional space.

The Apollonia project is quite strategic because, if proven successful, it can open up new avenues for the country within the unconventional oil/gas exploration and production. We are keen to be leading on this with our partners and successfully contributing to Egypt’s energy demand and to also set an industry precedent to attract further foreign direct investments (FDIs) into the country. Egypt is in the very early stages of assessing its tight oil and gas potential where this is considered a key game-changer for Egypt in the coming period, and Shell is proud to be taking part in such a transition.

This is also in line with our global strategy on unconventionals as a viable energy resource, and as a future growth opportunity. We continue to make progress in our shale business, which is an important piece of Shell’s integrated business model.

What is your vision of the industry in light of the latest discoveries?

Egypt’s economic potential is closely tied to its ability to develop a robust energy industry. As you know, the Egyptian government is working hard to lay these foundations. And there is great progress. Investment is coming in, and production of oil and gas is growing again. That is helping the government to move towards its goal of transforming Egypt into a regional energy hub.

In tandem, Shell is playing its part and is positioning itself as the preferred future partner of choice to Egypt. Our company has invested heavily in Egypt’s energy infrastructure through the acquisition of the BG Group last year, including its assets in Egypt. This deal builds on Shell’s 100+ years in Egypt. During that time, we have continued to invest in projects. We have created strong partnerships that underpin successful joint ventures. And those have created thousands of jobs and built great expertise.

Partnerships, safety, and strategic growth are what make up Shell’s strategy in Egypt. We are proud of our role in helping shape Egypt’s energy future through the development of skills and supporting the Ministry of Petroleum’s modernisation programme. What I have personally found impressive was the determination with which the government has been driving the economic reform programme forward, also reflected in the modernisation programme. The key pillars highlighted for reform clearly show that the industry has been consulted, as they directly address various issues that players are facing within the Egyptian market today.

Roses are red, violets are blue, Rosetta is a girl we aren’t used To

4 refining projects to be completed within 4 years at a cost of $8.3bn: Petroleum Minister

Race for Cyprus gas and oil sparks tensions in the Mediterranean