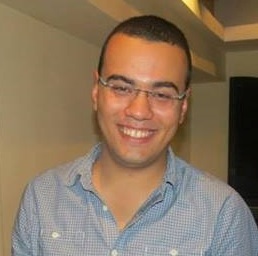 Grundfos Egypt’s volume of pump sales reached about EGP 350m, next to €6m in exports to Sudan and Libya this year.

CEO of Grundfos Ihab Isaac said that the company has realised a solid growth rate, despite the difficulties encountered earlier this year due to the unavailability of foreign currency. However, the decision to liberalise the exchange rate contributed significantly to the full resumption of activity in the sector.

He pointed out that the company has increased its market share to 13% this year, up from 10% last year, with a plan to reach 20% in the coming two years.

He explained that the company is working on two main axes during the current period to expand in the Egyptian market, namely increasing the number of distributors and opening new aftersales service centres in governorates.

He added that the company will open its first branch outside Cairo, in Alexandria, in January 2018, to serve clients in the Delta region and the north coast, next to another branch in the Suez area, to serve the projects being implemented by the state there.

Moreover, the company will launch an integrated service centre in Assiut to serve clients in Upper Egypt.

The parent company in Denmark gives the African market great importance, given the high growth rates in the construction and agricultural fields. Two branches were opened this year in Kenya and Ghana and other branches are being opened, in addition to Grundfos Egypt, including in Sudan, South Sudan, Libya, and South Africa.

Issac estimated the sales volume in Egypt this year at EGP 350m, as a number of pumps were supplied to major projects, including the state’s project to reclaim1.5 million acres of agricultural land and the agriculture private sector ventures in Farafra and eastern Awainat.

He pointed out that the company contracted to supply sewage pumps, central pumping, and ACs to Majid Al-Futtaim Mall in Almaza, and has already supplied 40% of the contract and the remaining part will be completed in January, adding that the company denominates 60% of the government’s projects in the sanitation sector.

He predicted the company will achieve growth of 10-15% next year, noting that its value of contracts this year amounts to €5m.

Issac also said that the company is negotiating to supply 500 pumps for agricultural reclamation projects.

As for Sudan and Libya, he estimated the company’s business volume there at €6m, as the company is supplying pumps for Libyan infrastructure projects worth €3m, noting that the problem in Libya is the difficulty of obtaining dues and repatriating profits.

He added that the Sudanese market is one of the most promising markets, especially after the lifting of the US embargo, which encourages international companies to invest and expand there, especially in agricultural projects.

The volume of the company’s business in Sudan this year reached €3m. Issac said that the company is working in the wastewater sector with the government there, along with providing integrated solutions for ideal usage of resources.

In addition, it also works in agricultural investment, where there are many Saudi and UAE companies in Sudan working on the reclamation and cultivation of vast areas.

Exports of engineering industries aimed to increase to $30bn: Aboufreikha