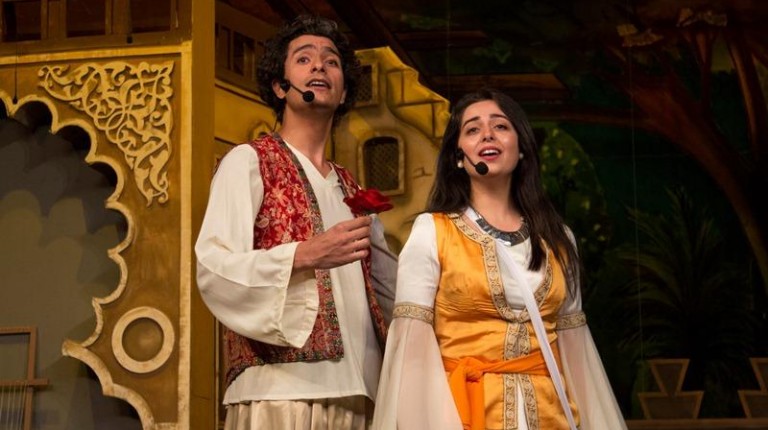 All his life, Omar Abdelaziz was drawn into the world of fantasy novels—where materialism has no place and where worlds are built with power, love, and ethics instead. Escaping the bitter of reality took only one place in Abdelaziz’s life, through the novels’ pages in which he had lived and through their characters from which he had drawn the life he wished to live. Through these novels’ chapters, everything he dreamed of doing became true, and the line between possible and impossible merged into the details of these fictitious creations.

Not so long after, Abdelaziz crafted his own world, with his own characters that are an amalgamation of both good and evil. A fantasy world that someone can escape to nowadays: “War of Shadow: The Dark Throne”.

Following the path of “Game of Thrones” and “Lord of The Rings”, the novel is the first instalment of a thrilling trilogy that depicts the struggle between good and evil and mankind’s destructive ego.

Taking place in “Arkhalia”, a once-peaceful, blooming provenance, a king’s arrogance and abhorrence open the gate of a fiend to take over him, turning him into a servant of the darkness, which wants nothing but destruction and extermination of the world. For thousands of years, as the novel follows, Abdelaziz captures life as the world of darkness takes over that of light.

The novel tells the stories of a world of creations living during the end time. Through the life of Lord Azarius who got blinded by his pride and ignorance which caused him to be ensnares by the devil and become the commander of the dark hordes in the realm of “Arkhalia”, readers are introduced to the provenance of good and evil as the great creator first created them. Furthermore, they get to witness the ongoing lifetime struggle between good and evil and the torn human nature between both.

“Imagination is the best thing I’m good at,” Abdelaziz said. “and I passionately follow The Joker’s most favorite quote: ‘if you’re good at something, never do it for free.’”

The novel’s first page opens the gates of “Arkhalia”, welcoming readers to live among its ashen colours, dimmed lights, and vicious-looking castles. With lively portraying scenes, colours, and emotions, overwhelming the reader and triggering their imagination to visualise its scenery only take a few minutes.

For four years, Abdelaziz, 29, has been engraving the characters living in his mind and soul into papers, allowing others to invade the walls of a city that fights darkness.

“It’s like they were two different people living inside my head. I just had to write down their journeys, talks, and struggles,” he laughingly added. “No one can actually believe that I was just rushing to document events what were naturally taking place in my head,” he said.

The first novel was released earlier in June, by Maqam Publishing House. The second part is planned to be out in 2019, and the third in 2021.

Under the pseudonym of “Abba Rayan”, Abdelaziz decided to publish his first actual fantasy novel.

“Before signing with Maqam Publishing House, I tried contacting several international publishing houses; however, being an Arab writer based in the Middle East with the name Omar didn’t help much. So I decided to go with my favourite nickname Abba Rayan, as it can easily be recognised in the West, and it also holds a meaning in the Arabic language as ‘the father of Rayan’ [his son],” Abdeziz explained.

The reader is drawn into the world of “Arkhalia” from the outset by the book cover, which features a human-figured being, holding a sword while traces of what seem like a fully destructed world portrayed behind him. Despite his devilish facial features, his eyes still look human and one can still detect sorrow in his gaze.

“The book cover resembles the human being who is being controlled by the darkness. Eventually, seeds of good and bad are engraved into our souls, yet deciding which to take over the other is the core of human existence,” he concluded.

The novel can be found Al-Shorouk and Alef bookstores.

From the stars to planet Earth: Eric Garner, Ferguson, and injustice in America