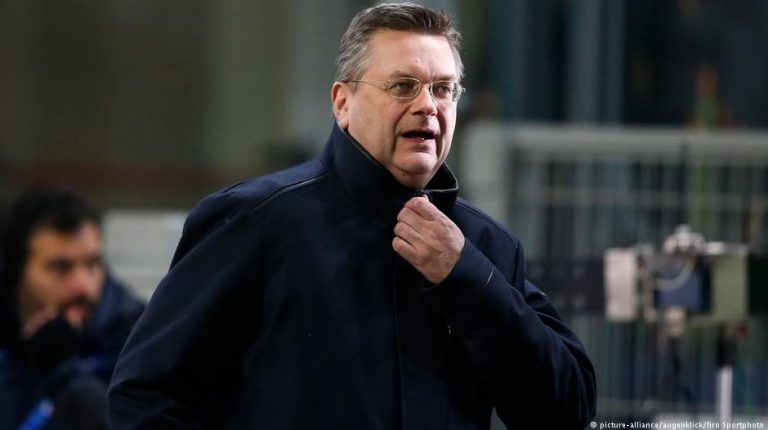 Doping, human rights and freedom of the press are among social issues in Russia highlighted by Reinhard Grindel. The president of the German football association also cast doubts on the future of the Confederations Cup.The president of the German football association (DFB), Reinhard Grindel, has said that his organization will embark upon a sporting-political mission at the Confederations Cup in Russia, which gets underway this Saturday.

The German national team players themselves are to be involved in “socio-political activities” placing issues such as doping, human rights, hooliganism and freedom of expression under the microscope.

“We want to use the power of football to develop partnerships among the civilian population,” said DFB chief Grindel, who will meet the German ambassador in Russia and make a key note speech on the social responsibility of football. “It’s not about the powerful elite having a good time; it’s about normal people getting to know each other.”

Included in a range of planned activities are a match between German and Russian amateur teams, a match forming part of the World Blind Football Championship and a junior international.

Ahead of the World Cup in Russia next summer, Grindel also wants to clamp down on doping, saying he wants the World Anti-Doping Agency (WADA) to carry out drugs tests. Russian athletes have come under intense scrutiny in recent years and Moscow’s own anti-doping authorities are still banned following accusations of state-sponsored doping in the country.

Journalists and members of the media are also restricted in Russia, where most outlets are owned by state organizations such as Gazprom Media or by people with close ties to the Kremlin, and Grindel has repeated calls for foreign journalists to be granted unrestricted access during the World Cup.

“We want to make it quite clear that freedom of expression, freedom of the press and the right to assembly are things which even Russia has committed itself to,” he said, requesting that journalists receive “accreditation comparable to that of a foreign affairs correspondent allowing them to report on anything from anywhere.”

After hooliganism marred the 2016 European Championships in France, Grindel said the DFB will also be looking for the host country to send a clear message to the gangs of trained, organized thugs who terrorized English supporters in Marseille. “The atmosphere at the Confed Cup will determine whether or not our fans will travel to Russia,” he said. “The images we saw in France give us good reason to worry.”

The future of the tournament

As for the actual football, Grindel said he could “feel great excitement” among the German delegation ahead of Thursday’s flight to Sochi, where head coach Joachim Löw’s young squad will prepare for their opening game against Australia on Monday.

“You can tell that the squad are going about their work with a lot of enthusiasm and joy,” he stated. “We’re all looking forward to the tournament. We can see the sporting importance [of it].”

But Grindel nevertheless added that the future of the Confederations Cup could be in doubt due to the strain it puts on the players.

“The 2026 World Cup [which will feature 48 teams] will not be any longer as a tournament … but it still will have 16 more teams,” Grindel told reporters. “Those (teams) also include players from the Bundesliga who will return back to their clubs late and not be fully fit.”