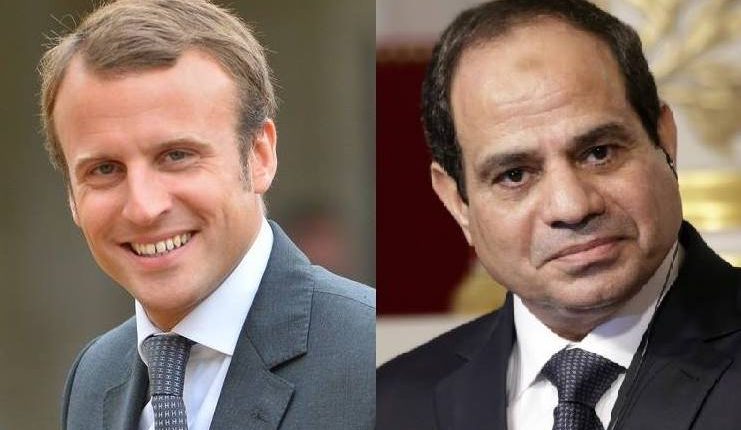 Al-Sisi wished Macron success in carrying out his new tasks and stated his willingness to work with him during the coming period in order to continue to promote Egyptian-French relations at various levels and to consolidate the partnership between the two countries and the close cooperation existing between them in all fields.

From his side, Macron expressed his appreciation for Al-Sisi’s congratulations and pledged to visit Egypt soon, asserting his keenness to meet with him soon and cooperate with him in order to strengthen their historical bilateral relations.

He also expressed his aspiration to coordinate and consult with Egypt on a number of regional and international issues of common concern.

The phone discussion included reviews for a number of topics related to the two countries’ bilateral relations and ways of enhancing them during the upcoming period.

Additionally, they confirmed that they would continue cooperation in investigations of the crash of EgyptAir flight MS804 from Paris last year.

Both leaders also discussed developments on some regional issues, including ongoing efforts in the Libyan crisis in order to achieve progress in the political process.

Egypt pledges right to self-defence before UNSC by Libya airstrikes

‘It’s going to be tougher to make fun of Macron’: comedian Paul Taylor