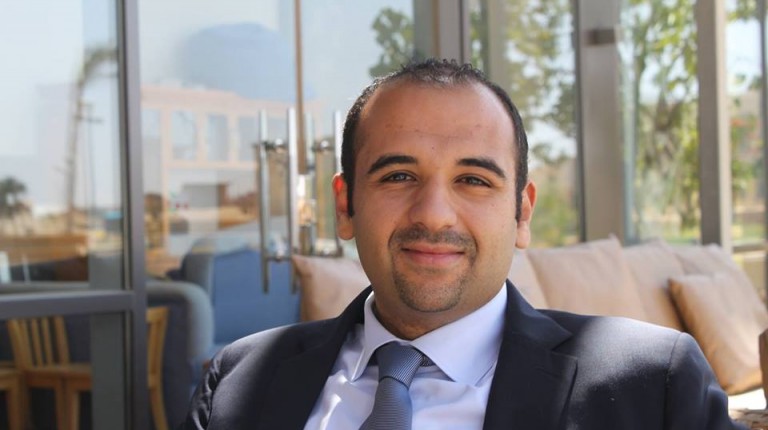 The Saudi Fawaz Alhokair Group aims to expand in the Egyptian market and diversify its investment portfolio by adding residential activity to its existing commercial portfolio, including the Mall of Arabia. The company will also open new branches for the mall.

Ashraf Farid, chief business development officer at ‎MARAKEZ, the group’s subsidiary in Egypt, told Daily News Egypt in an interview that the Saudi group relies on MARAKEZ in its expansion in Egypt as it constitutes the group’s investment arm in the local market.

When did you start your business? And what are your most important activities?

Fawaz Alhokair Group began operating in Saudi Arabia 28 years ago. The group has different investments in several sectors, such as retail and commercial chains.

The group owns more than 80 international brands in Saudi Arabia, around 21 malls in the kingdom, and 20 malls outside of it. This makes the group the first company in the Middle East to own such a large number of shopping centres.

Moreover, the group also expanded in the hotels sector and currently owns two hotels in Saudi Arabia and another two in Spain, next to investments in electricity generation through solar power plants.

Fawaz Alhokair Group is present in 16 countries around the world, including Italy, England the United States, and Serbia.

What about your presence in the Egyptian market, specifically Mall of Arabia?

The Egyptian market is one of the most important markets for the group. We obtained a land plot in 6th of October City in 2007 to establish Mall of Arabia, which has become the largest shopping centre in Egypt.

MARAKEZ opened Mall of Arabia in 2011, despite the economic developments in Egypt at the time. These circumstances also did not impact our plans to expand in Egypt ever since.

To establish the mall, the company obtained 210 feddans (217.9 acres) during a tender posed by the New Urban Communities Authorities (NUCA) in 2007 at a price of EGP 1,302 per square metre, which amounted to EGP 1.148bn in total.

The company hired new staff in October 2015 to develop the work and turn MARAKEZ into the investment arm of Fawaz Alhokair Group in Egypt.

What about your affiliated brands in Egypt and expansions of Mall of Arabia?

MARAKEZ owns 26 brands in the Egyptian market at Mall of Arabia and outside of it.

The local market is promising, given the population of up to 100 million people. The company decided to diversify its investment portfolio and expand in new projects in the Egyptian retail sector.

The company also plans to inaugurate the second phase of Mall of Arabia in September with investments amounting to EGP 1bn. The rentable spaces that will be added include 40,000 square metres.

The rentable spaces in the first phase amounted to 110,000 square metres after investments of EGP 4bn.

The new expansion in the project does not aim to lease shops only, but to also create a new concept of malls—not limited to buying, but rather spending an entire day there.

The new phase includes multi-use gardens on an area of ​​10 feddans (10.38 acres). There will be a walkway area, a closed children’s games area on 5,000 square metres, an events area, and a food court.

What about occupancy of the first phase?

Occupancy of the first phase of Mall of Arabia is over 90%. The remaining part is in the process of renovation.

The Egyptian market needs integrated malls, which still amount to less than 20 malls across the nation, even though shopping season is about seven months of the year, due to the mild weather.

The company will establish a residential project on an area of 21.5 feddans (22.31 acres).

The Ministerial Committee to Settle Investment Disputes had issued a resolution to give MARAKEZ back 21.5 feddans (22.31 acres) and itself kept 40 feddans (41.51 acres) out of 61.5 feddans (63.83 acres) as the total area of the second phase of Mall of Arabia.

The company reached a settlement with the committee after proving its seriousness in implementing the project.

We allocated EGP 1.3bn to develop the residential area of Mall of Arabia. We submitted the project’s blueprints to NUCA as a prelude to obtaining the ministerial decision for the new area, the licenses, and the permits.

The residential project will include buildings composed of a ground floor and three upper floors, as well as residential towers 72 metres high. Each unit will have space ranging between 150 and 300 square metres.

MARAKEZ will prepare the detailed blueprints for the project and agree with a consulting firm to pose tenders for the establishment of the project so as to begin construction this year.

How much was allocated for the project?

The project investment is about EGP 1.3bn. The company will have a specific period to implement the project, according to the settlement with NUCA.

The Saudi group allocated EGP 15bn for investments in the Egyptian market through MARAKEZ over the past three years.

These investments include three branches of Mall of Arabia at the New Administrative Capital, New Cairo, and Tanta, along with other projects that are still being discussed.

MARAKEZ obtained a land plot of 100 feddans (103.8 acres) on a usufruct agreement for 50 years in the New Administrative Capital, east of Cairo.

The project investment will reach EGP 3bn to establish the mall. The total area of rentable spaces amounts to 130,000 square metres. We aim to complete establishment of the first phase within three years.

We obtained the plot for a rental value that increases per year. The state will get back the land with the constructions after the usufruct period ends.

How much investments were injected so far?

The company injected $20m into the project until now. The engineering management is preparing the designs to be approved. A consultant will be selected to pose the tenders and begin constructions in June.

Current constructions at the site are conducted by FAS Construction, another subsidiary of Fawaz Alhokair Group. The group also owns an engineering consultant office, but will pose a tender to utilise other contractors.

Marakez for Real Estate Investment obtained another land plot of 100 feddans (103.8 acres) for usufruct rights for 50 years in New Cairo for another Mall of Arabia branch with investments of EGP 3bn.

The land is three kilometres away from 90th Street. We are preparing to pose a tender this year.

Could you brief us on your investment plans outside of Cairo?

Egypt has several large cities with important economic activities. These cities are candidates to attract other branches of brands available in Egypt.

The company obtained a land of 135,000 square metres in Tanta to establish a branch of Mall of Arabia.

The project investments amount to EGP 2bn. The usufruct period is 73 years.

The project will be established next to the college complex in Tanta and close to the international coastal road. The tender for implementation will be posed.

We held meetings with residents of the city and university students. They all agreed on their need for an integrated shopping centre such as Mall of Arabia, especially as they travel to Cairo and Alexandria to visit similar projects.

The prices of land and units in Tanta are high. Some are even higher than Cairo. Many provinces also have strong purchasing power and need commercial projects that offer new activities.

The total investments allocated for the plan until now add up to EGP 11bn. The company is studying other investment opportunities available in the local market to develop new projects.

Are you exploring other opportunities in Egypt?

The company awaits the investment opportunities offered by government agencies, such as the second phase of the partnership projects with the private sector.

We submitted a request earlier to obtain a land plot and develop it with NUCA. We are now waiting for the tender specifications brochure to choose the lands over which we will compete.

NUCA is preparing to offer 15 land plots on areas totalling 4,524 feddans (4,695 acres) as part of the second phase of the partnership projects, including six plots in New Cairo, five plots in Sheikh Zayed, two plots in 6th of October City, one in New Damietta, and one in New Aswan.

The company is one of the few companies in the domestic market that exchanged huge amounts of dollars since 2015.

The exchange rate represents a major challenge to the work of the company in the Egyptian market, but the float of the pound was positive.

What is the fair exchange rate in your opinion?

The market will reach a fair exchange rate this year. The Minister of Finance expected the exchange rate to be at EGP 16 to the USD in the coming year budget plan.

We also decided to collect the rent from the shops in Mall of Arabia in Egyptian pounds instead of the US dollar to help tenants.

We do not operate as a traditional mall owner, whose only goal is to collect money, but we consider tenants and brands our partners.

Sales are done in Egyptian pounds and the shortage of foreign currency hinders tenants from paying in dollars.

We have already amended 50% of agreements and all our new contracts are including payment in pounds.

In addition, we also review our contracts with the companies we deal with. If a contractor is losing due to the exchange rate, we compensate them.

The number of visitors in 2015 amounted to 15 million people. We aim to increase the number to 20 million this year, after opening the second phase of the project.

Rents inside the mall differ according to the space and activity of the shops. Some brands are subsidised because we guarantee demand, which will attract more visitors.

The company deals with about 400 brands in Mall of Arabia. Each contract is different.

The lease period is also different. We begin at one year up to nine years, according to the activity.

Ashraf Farid joined the company in October 2015. He is in charge of the expansion in the Egyptian market and oversees the commercial and legal activities of the companies as well as public relations.

Can coastal cities innovate their way out of sea level rise?