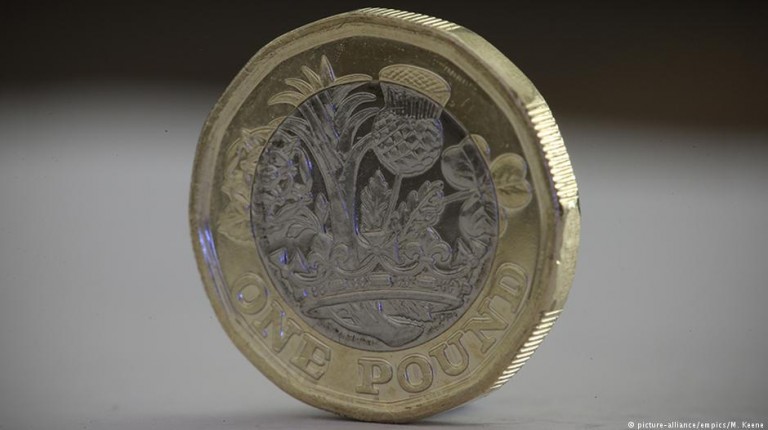 Just before officially triggering the Brexit process, Britain is marking the launch of a new 1-pound coin with a 12-sided shape. It’s believed to be one of the most beautiful and most secure coins in the world.Britain’s new 1-pound coin with the symbols of England, Scotland, Wales and Northern Ireland goes into circulation as of Tuesday on the eve of the launch of a Brexit process that has put national unity in doubt.

The 12-sided (dodecagonal) coin is the first change to its shape since its introduction back in 1983.

Britain’s Finance Ministry said the new coin would be “the most secure of its kind in the world,” making it easier to prevent a rise in counterfeits.

The new 1-pound coins are thinner, lighter and slightly bigger than the old ones and have a hologram-like image that changes from the pound symbol to the number “1” when viewed from a different angle.

“Staying ahead of sophisticated counterfeiters remains a constant challenge, and this coin helps in the battle,” Royal Mint chief Adam Lawrence said in a statement.

It’s estimated that around 3 percent of the outgoing round-shaped coins are fakes, with a total of 50 million faked coins in circulation.

The old 1-pound coins will cease to be legal tender on October 15. It’s believed that roughly 400 million of the old coins are still in piggy banks across the nation.

The new, dodecagonal coin shows Queen Elizabeth II’s portrait on one side, while England’s rose, Scotland’s thistle, Wales’ leek and Northern Ireland’s shamrock are on the other side.

Banks could pull staff out of London post-Brexit