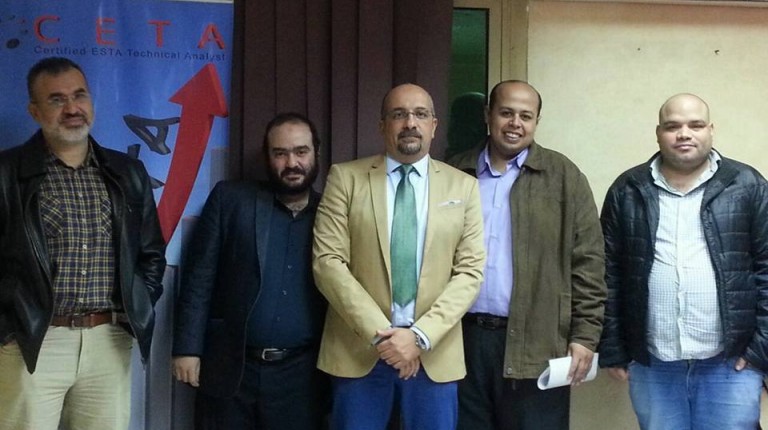 The Egyptian stock exchange (EGX) managed to compensate the losses of last week by the end of its session, growing by 50 points after the purchasing power made an appearance again with the cabinet’s decision to amend the income tax law, supporting the growth of the main index in the market by 0.4% with expectations of a continued sideways performance and a decline towards the level of 11,800 points.

Ahmed Abo Hussein, the managing director of the brokerage sector at Cairo Financial Holding Company, believes that there is a state of anticipation taking over the majority of traders, especially individuals, strengthening the horizontal move in the market, where investors await budgets to form new portfolios with different perspectives.

Abo Hussein added that announcing the government offerings has contributed to investors’ retention of liquidity.

Abo Hussein expects the market to return to support levels at 11,800 points, and then increase with the stocks, reaching purchasing levels that make it ideal to own them. He pointed out that the increase of trading volume with the market’s decline, and the decrease of trading with an improvement in the market predicts a strong decline.

In a related context, Ahmed Shehata, head of the Egyptian Association of Technical Analysts, pointed out the positive performance of the market last week after the main index in the market neared the resistance level at 13,500 points.

He expected this week to witness profit collection starting on Monday with the level of 12,000 points in light of the sideways movement of the market.

Shehata attributed the lull in trading to the strong rise the market witnessed over the past period, in addition to the lack of liquidity for a month and a half and the reluctance of many investors to invest in EGX, which led to a decline in trading volume.

Shehata explained that breaking the sideways trend of the market depends on new awaited offerings. He stressed the importance of these offerings attracting new segments of investors without depending on current investors and avoiding increasing the supply of shares with a small number of shareholders.

The increase in trading volumes and entry of new liquidity in the market will help break the resistance level of 13,500 points and liberating from the grip of the sideways movement in the market.

The performance of the food sector improved last week after the “Cairo Three A” company made an initial purchasing offer for the shares of Misr Finance Investment Company, with investments forming 42.96% of the National Company for Maize Products. Juhayna and Domty’s products have reached their highest level in six months. The National Company for Maize Products’ share has also increased to its highest level in seven and a half years, with a 9.97% increase at the price of EGP 28.46 and a trading volume of EGP 8.6m.

Last week has also witnessed the implementation of a sale deal of 74.75% of the share of the Commercial International Bank (CIB) in the affiliate “CI Capital” for EGP 710.15m. The share was not positively affected by the deal and declined by 2.5%. However, it managed to reduce its losses and ended last week’s session at the level of EGP 77.03.

OTMT’s share has increased by 7% by the beginning of last week’s trading, taking the EGX30 index past the resistance level of 13,000 amid optimism that the rally will continue after businessperson Naguib Sawiris reconciled with the Egyptian Financial Supervisory Authority (EFSA) and held meetings with investors.

Strong USD drives EGX up by 500 points during last week

A proposal to reduce stamp tax supports the cohesion of EGX