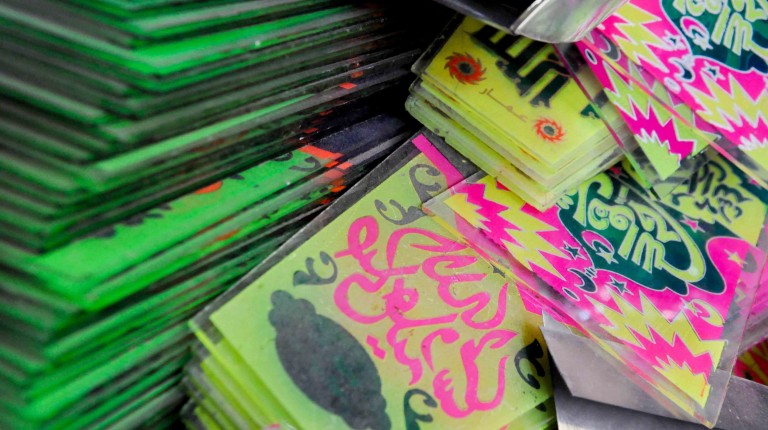 In a first of its kind, The Population Council and the Central Agency for Public Mobilization and Statistics (CAPMAS) highlighted the problems afflicting the youth living in ashwa’yat (informal housing areas) in a data survey released last month.

The survey noted that Sustainable Development Strategy: Egypt Vision 2030 refers to the vital need to develop Egypt’s ashwa’yat through the creation of 7.5m housing units, with a concerted effort to find solutions to problems pertaining to those areas by 2030. It continued: “This country vision is in line with the United Nations Sustainable Development Goals (SDGs) agenda, which highlighted the plight of [ashwa’yat] dwellers in its “urban goal”.

Dr. Nahla Abdel Tawab, Country Director of the Population Council said that efforts to develop Egypt’s ashwa’yat and enhance the living conditions of their dwellers have been ongoing for over a decade, sponsored by the government, civic organizations, private entities, non-profit institutions, individuals, and in some cases media officials.

However, there is very limited data that is able to provide reliable statistics on such areas, particularly on the characteristics of young people living in those informal communities, according to the survey.

Population Council in collaboration with CAPMAS conducted a comprehensive situation analysis of young people living Greater Cairo’s ashwa’yat titled “The 2016 survey of young people in informal urban areas of Greater Cairo”. The survey looked into several key indicators, including health, marriage, and employment, among others, to paint a picture of what it is like to be young and living in ashwa’yat.
Around 2947 youth were surveyed in their analysis; from the age group of 15-29.

“The health module has shown slight differences between young people living in formal and informal areas of Greater Cairo,” read the survey.

Population Council stated that youth in ashwa’yat expressed through the survey that overall they believed their health was in a good state, with 44.6% indicating that their health was excellent or very good, compared to a 2014 survey that estimated 47.5% of their peers living in formal urban areas of Greater Cairo felt similar about their health conditions.

Rania Roushdy, the senior programme manager of the gender and youth poverty programme at the Population Council, said that researchers in Egypt are plagued by a consistent problem: a lack of information.

She believes that the results found by Population Council and CAPMAS in the ashwa’yat, which gathered data from 245 different areas, are very close to the reality on the ground. She also said that the youth face the same hard circumstances as youth living in formal urban areas.

Roushdy added that youth in ashwa’yat have their own set of problems that tend to make their living conditions worse than those of youth living in formal urban areas, such as the absence of police, which subsequently means less security.

Regarding the data collected on health, Roushdy noted that this sample focused only on how youth feel about their health. No medical tests were performed to gauge the actual health status of survey participants.

She stated that only 3% of those surveyed in ashwa’yat claimed to have chronic diseases, and 25% were not satisfied with the status of their health.

Roushdy said that the rate is fair compared to reality on the ground, while emphasising that youth are likely to accumulate greater health problems in their future due to the heavy pollution in ashwa’yat.

According to Population Council and CAPMAS, the unemployment rate in ashwa’yat is only 9.9%, compared to 12.8% in Egypt.

However, the survey does not reflect the disparity between the informal and formal economy, and how those employed in each differ based on whether they live in ashwa’yat or formal urban areas. A survey of several academic studies refers that the informal economy could range anywhere between 30-60%, with popular assumptions estimating that informal employment surged in post-revolution Egypt. Due to the informality of large sectors of labour, gauging the actual numbers is seemingly impossible.

“They are forced to work in informal markets because they need money,” said Roushdy.

While women find it difficult to find employment in existing businesses functioning within the informal economy, they often resort to creating their own type of employment, by selling milk or cheese on their own.

Roushdy added that the government should legalize these types of businesses and encourage others to start their own businesses within a legal framework.

The government recently sponsored an initiative to bolster small- and medium-sized enterprises (SMEs), which are believed to make up a significant portion of the informal economy. The initiative aims to create a legal structure within which such enterprises can exist, while supporting their ability to create much needed jobs.

Population Council and CAPMAS estimated that 4.6% of youth living in ashwa’yat did not attend school during 2016.

However, the survey also estimated that uneducated youth from ashwa’yat who have jobs was stands at 58.7%.

Roushdy said that the dropout rate from formal education in ashwa’yat is 5% (3% among men, 6% among women), compared to 3% in formal urban areas. Reasons attributed to dropping out were poverty and the long distance between their homes and the nearest schools.

She said that one major hurdle in giving women access to education is convincing families to allow their daughters to be enrolled as students. Young women who enter the formal education system statistically continue on to college more often than men.

She said the rate of women who attended college in ashwa’yat is 28%, compared to 27% average for men.

The survey revealed that more than three-quarters of young people aged 15-29 residing in ashwa’yat have never been married (75.2%), compared to about 82.5% among their peers in formal urban areas.

The Survey stated as well that 2.9% of young men and women in ashwa’yat said that the ideal age for a girl to get married is younger than 18. More young women than men preferred an older marriage age (above 22 years) for women, with the majority viewing the age range from 18-22 years as an ideal marriage age for women.

The prevalence of drug use (62.1%), drug dealing (60.1%), and street harassment (48.0%) were the three security challenges most widely cited by young people.

Being insulted in private (7.7%) or in front of others (8.4%) were the most commonly reported types of violence by all youth.

The reported rate of harassment among young women (49%), in the survey was slightly higher than that of formal urban areas (46%) surveyed in 2014.

Services that youth living in ashwa’yat wanted more priority given to included education (26.1%), health (18.6%), programmes to employ youth and train them for the labour market (11.2%), and improving roads and streets (10.8%).

Hala El Saied, the dean of Economic and Political Science College at Cairo University, said that the results show that youth in ashwa’yat and in formal urban areas face the same problems.

The dangers that face youth are the same everywhere, she said.

She added that developing countries also face the same problems around the world, but the problem in Egypt is that the youth make up a large portion of the population, which means the effects of the problems are higher.

“Government and civil society institutions should cooperate to promote how youth could avoid dangers such as criminal activity, carrying weapons, and drug addictions,” El-Saied said.

She emphasized the importance of fighting drug addictions, calling for a great deal of effort to be contributed to this epidemic.

The survey could prove beneficial to officials and experts, said El-Saied, as attempts are being made to improve economic conditions.

If the government were to hold to true its promises and merge the informal areas of Cairo with the formal areas, then authorities would be able to greater understand the life and economy of such areas, said El-Saied.

She noted that the government, through its previously stated ideas and projects for ashwa’yat, appears committed to working to develop these areas.

The more social housing the government provides, the more people would feel secure, she noted.

Development works of 47 slums to be completed soon: Housing minister