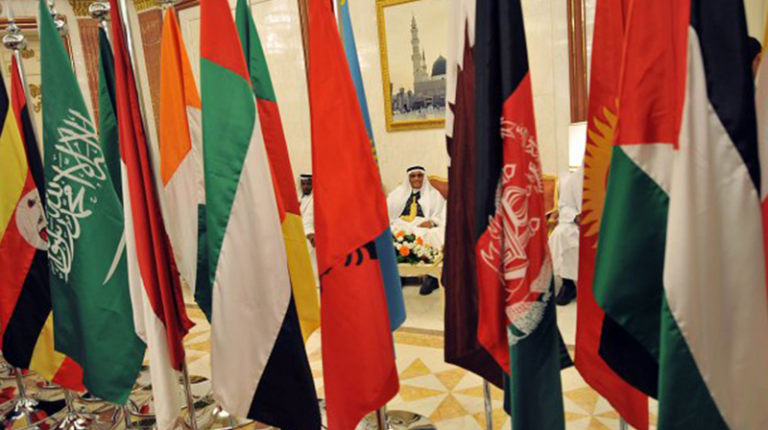 Egypt participated on Thursday in the Organisation of Islamic Cooperation (OIC)’s Foreign Ministers Council in Mecca, Saudi Arabia. During the meeting, Egypt reaffirmed its support for political dialogue in Yemen and warned of infiltration from armed rebels across the country.

The assistant foreign minister for international institutions and organisations, Hesham Badr, headed the Egyptian delegation in the OIC. According to a statement issued by the Foreign Affairs Ministry, Badr condemned the ballistic missile fired towards Mecca in October, reportedly by Houthi rebels in Yemen, adding that it is deemed as an attack on the peace and security of the Islamic world.

Badr demanded the implementation of security measures to hinder similar attacks in the future. He also stressed Egypt’s support for the legitimate government and president, Abd Rabbuh Mansour Hadi, in Yemen and its support for a political settlement and dialogue in order to curb the militants and further insurgency.

The political turmoil in Yemen began in 2011 during the Arab Spring that swept over several Arab countries. Protests erupted against the ruling of former Yemeni president Ali Abdallah Saleh. Hadi was appointed as the acting president while Saleh remained the president as a soothing measure; however, the protests continued unabated.

The turmoil grew in 2012, forcing Saleh to cede power to Hadi and step down. In 2014, with the implicit support of Saleh, Houthi rebels took over several parts in Yemen and his supporters joined the rebellion group. In 2015, a Saudi-led coalition including Egypt and eight other Arab countries, supported by the United States, the United Kingdom, France, and several other powers backed Hadi’s government. In response Houthi rebels formed their own coalition, which includes Iran.

The country has since erupted into a civil war and, according to observatories, at least 6,500 have been killed over the past two years including an estimated 3,200 civilians.

During the meeting of the OIC, Saudi candidate Ahmed Al-Othaimeen was appointed as the new secretary general after his successor Eyad Madany resigned from the post. Madany resigned following his mockery of Egyptian President Abdel Fattah Al-Sisi.

Egypt was the first country to support the nomination of Al-Othaymeen, adding that he had the required experience to confront contemporary challenges, including combating terrorism and Islamophobia.

Bilateral relations between Egypt and Saudi Arabia have been strained over the past few weeks, following the mockery of Al-Sisi by Madany, Egypt’s voting in favour of the Russian draft resolution in the UN security council for peace in Syria.

The Saudi envoy described the voting as “painful”. Egypt’s envoy to the UN Amr Aboul Atta said following the voting that Egypt voted in favour of both the Russian resolution and the French resolution in order to achieve peace in Syria by any means.

Saudi Arabia crticised Egypt’s voting in favour of Russia due to the airstrikes Russia has carried out in the Syrian city of Aleppo. Russia supports the Syrian president Bashar Al-Assad; however, Saudi Arabia and the US are backing the opposition in Syria.

The Syrian civil war has cost more than 400,000 lives, according to the Syrian Observatory for Human Rights. The conflict, which began as popular uprisings against the president, has become a three-way conflict. Russia and Iran support Assad’s regime, while the US, Saudi Arabia, and its allies support a fractured coalition of rebel fighters. The Islamic State meanwhile has also taken hold of a large portion of Syrian soil as it expanded from Iraq. Egypt has constantly said that it supports political dialogue in Syria and hasn’t explicitly revealed its support to any particular faction.