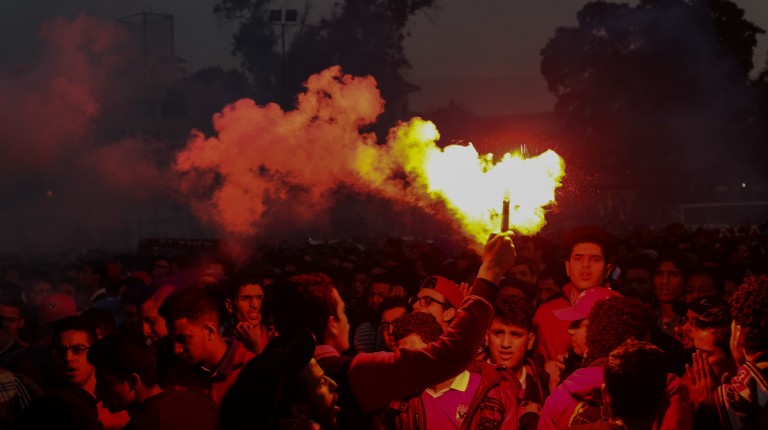 The court released its verdict for the fans, including those present at the session and those in absentia.

Fans had reportedly entered the game using forged tickets; soon after, riot police moved in to arrest them, firing tear gas and assaulting many of them in the process.

Last July, around 80 fans were brought in on charges of rioting at a match between Al-Ahly FC and Moroccan club El-Wedad in Borg Al-Arab stadium in Alexandria. They were referred to Alexandria prosecution with charges of assaulting police officers, rioting, and general hooliganism.

The core collective of dedicated fans has had several confrontations with the police and the authorities since 2011, and has participated in the events of the 25 January Revolution.

Seventy-two supporters of the group were killed 1 February 2012 after riots broke out following the final whistle of a match between Al-Ahly and Al-Masry SC. Al-Masry fans stormed the pitch, attacking players and fans. The coroner reports revealed that those that died had been stabbed, beaten, and trampled by the stampede.

Al-Ahly Ultras’ enthusiasm reaches other sports than football, including water-polo