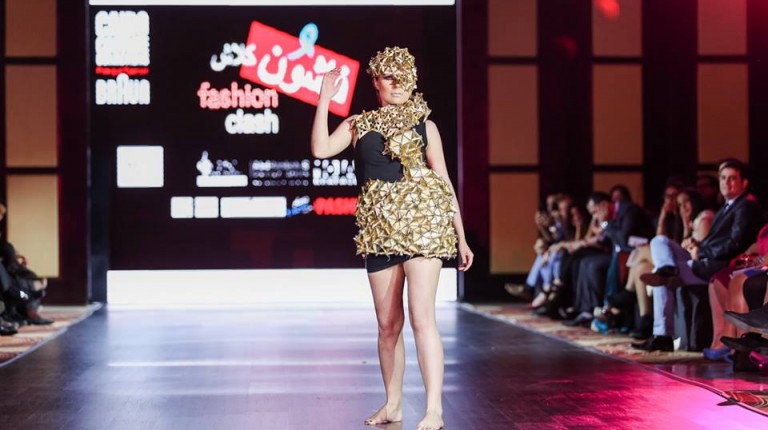 In an interview with Daily News Egypt, marketing manager at Al Dau Development Bahaa Hefz Allah discussed updates on the Al Dau Heights and Al Dau Strand projects as well as other plans for the future.

Hefz Allah explained that his company targets expansion during the coming period, particularly in Greater Cairo, and is studying some other areas for its projects.

What are the two real estate projects that are being implemented by the company?

The Al Dau Heights project is not located directly on the sea, but rather high above the ground, therefore, all units will have a clear view of the sea. The project consists of 1,200 housing units on an area of 85,000 sqm with investments worth approximately EGP 2bn.

The project consists of four phases. The first phase includes 300 housing units, which were all sold in January 2015. Delivery of this phase will take place in the next four or five months, at the end of the current year.

The company launched the sales for the second phase unofficially a month ago, and so far we have achieved about 15% in sales.

The company has initiated construction works for the second phase, which consists of 300 units with sizes ranging between 40 sqm and 170 sqm.

The project is characterised by its proximity to all the services needed by clients because it is in the heart of the city and the Red Sea gives us a great advantage. The project has all the necessary services and entertainment, as it contains seven swimming pools, underground parking spaces, and a shopping mall.

To distinguish itself from other real estate companies and developers, the company will provide additional offers by giving the project’s clients the option to be accommodated in the company’s two resorts, Steigenberger Al Dau Beach Hotel and Steigenberger Aqua Magic, until they receive their units. They will also be offered discount prices at concerts.

As for the jewel of the company’s projects, Al Dau Strand, it is situated directly on the beach on the other side of Al Dau Heights.

Al Dau Strand is located on an area of 25,000 sqm. It includes 400 luxurious housing units. It is implemented on two stages with investments totalling EGP 1bn. As of now, we have not begun construction on the project, but we will do this as soon and as early as 2017. The project will be announced officially before the end of the year. Implementation is expected to take about two and a half years, with both stages expected to be completed by 2019.

Al Dau Strand will provide above-average units, and be located on the last distinctive spot on Hurghada’s coast, as there are no more lands offered on shore. Moreover, the company contracted with the Spanish Puro Beach to run the project’s world-class beach club.

What is the value of the two projects? What are the sources of funding?

The realisable value amounts to EGP 1.5bn.The National Bank of Egypt (NBE) is the co-financer in the project. The bank has, in fact, been the main supporter for our project since Tarek Amer—now governor of the Central Bank of Egypt—was chairperson of the NBE.

Investment in real estate comes partially from sales of units next to bank funding. Furthermore, contributors inject their own money into the project. For instance, the mall within Al Dau Heights did not have any pre-establishment sales. Its investments were injected from contributors and profits.

When will the marketing of the second phase of Al Dau Heights begin? What are the expected sales of the next phase?

Official marketing of the second phase will begin in October. It will come through a strong campaign with the aim of selling 30 units per month. I believe all second phase units will be sold in the first quarter of 2017. In addition, I expect sales to increase with the delivery of the first phase, as it would boost clients’ confidence in delivery. The services that we will offer through our two hotels will win the satisfaction of our clients and serve as proof of the quality the company offers.

The third and fourth phases will begin in parallel. A building or two will be built to separate between the phase that has been constructed and the one under progress. This aims to avoid causing inconvenience to residents.

What distinguishes the company as a real estate developer among other companies?

The company is working on the transfer of its hotel experience to the real estate market through the two new projects. There are many excellent real estate developers, but they hire an after-sales company to manage the project after delivery, which could either be successful or lead to failure. Cleanliness and maintenance, as well as our attention to roads, public spaces, and landscape, is managed by a department of the same company that runs the hotels and the compound. We care about the small details.

What is the mall area and when will it be completed?

The company aims to implement the Village Mall in Al Dau Heights to gather a large number of international brands. It will be inaugurated by the end of 2017 on an area of 225,000 sqm. This would make it the biggest mall in Hurghada along the lines of City Stars and Cairo Festival City. We have already signed contracts with global brands. The mall will include an underground parking space, a children’s zone and, of course, many shops. The units at the mall will be leased not sold.

Will it include administrative spaces?

So far, no. It would only include shops, parking, and a children’s zone. But we do have an empty space outside the mall that has not been allocated for anything. We are leaving it for the future to decide on an activity for this space, which could be an administrative area, healthcare services, or a clinic.

What are the other areas that the company intends to expand in?

The key area is Greater Cairo. We are considering a number of areas in Cairo, such as Haram, Sheikh Zayed, and Moqattam, but we have yet to decide on one to set up our First Home project.

Will higher land prices affect the company’s expansion plans, and do you expect a real estate gap?

There is a market of supply and demand. The land prices are set according to demand. There will be an increasing demand on real estate, driven by the rising population. I do not expect to see a real estate gap in Egypt. But the growth index of the sector may settle one or two years without going down. On the other hand, I believe that despite the high price of offered units, there will be a shortage in supply. The gap is widening every year in light of the increasing number of marriages taking place.

What are your expectations for the growth of the real estate market in Egypt?

Growth will rise by 10% a year in new areas, such as New Cairo and the North Coast.

What is the average unit price of the company’s projects?

Units start at EGP 380,000 with instalment plans of up to eight years and a 20% advance payment.

What is the size and number of rooms in the hotels owned by the company?

Real estate bubble does not exist in Egypt: developers