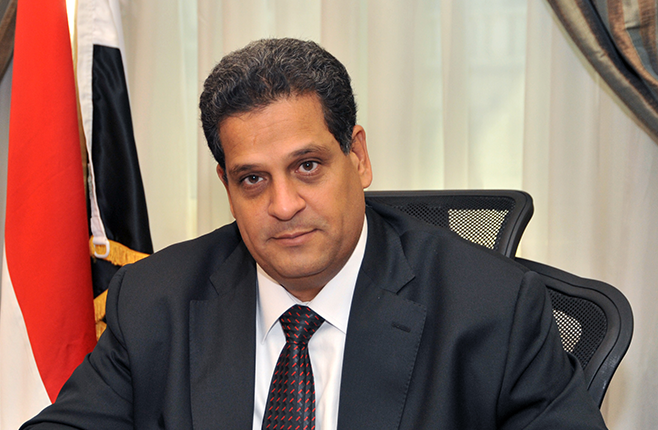 Former head of the Egyptian Exchange (EGX) and chairperson of Atef El-Sherif Law Firm and Consultants, Atef El-Sherif, stressed the importance of starting a legislative reform process that aims to improve the business environment.

El-Sherif said that the state is diligently seeking to attract foreign direct investment with the aim of increasing growth rates and creating jobs, which requires real reform in all the economic sectors. He noted that many laws and legislations associated with investment are in need of amendments, including facilitations and incentives, besides clear rules for the process of allocating lands to investors.

El-Sherif mentioned a number of laws that need to be amended, such as the Investment Law, the laws regulating land allocation, the bankruptcy law, the rules of exiting the market, the capital market law, and the mechanisms of settling disputes between the state and investors.

He hopes that reform extends to the state’s administrative body in order to reduce bureaucracy and to fight against corruption through working on the publication and localisation of e-government, applying decentralisation systems in the local administration and giving power to governors to make decisions on the establishment of projects and the allocation of land.

He explained the importance of having a clear investment strategy that determines available investment opportunities, areas with facilities and land allocation mechanisms. This strategy should include fairness in distributing investments among all governorates, particularly in the regions that face an increase in poverty and unemployment.

He said that foreign investors are looking for a good and clear investment climate characterised by stability and transparency in dealing, tax policies, and economic stability.

He called on the government to study the experiences of neighbouring countries for how to attract foreign investment, such as Jordan, the United Arab Emirates (UAE) and Morocco.

El-Sherif pointed out the importance of accelerating reforms in order to cope with the economic crisis the country is going through which requires urgent solutions, most importantly rationalising government spending.

It is necessary to coordinate between ministries to speed up achievements, in addition to offering real incentives and facilitations to support the sectors of agriculture and industry in order to increase exports and limit importing, leading to an increase in the country’s foreign exchange income, according to El-Sherif.

El-Sherif demanded coordination between the Ministry of Finance and the Central Bank of Egypt (CBE) in applying monetary and financial policies in a way that suits the economic changes the country witnesses. This includes the deformities of the exchange price, limiting borrowing, and reducing the budget deficit.

El-Sherif warned against the slowdown of applying these reforms, noting that the country does not have time anymore because of the worsening economic crisis and its clear impact on all segments of society.

The impacts of the crisis include the high prices, the low production levels, and the lack of available foreign exchange. They are all issues that reveal the social unrest that could aggravate if no fast solutions were reached.