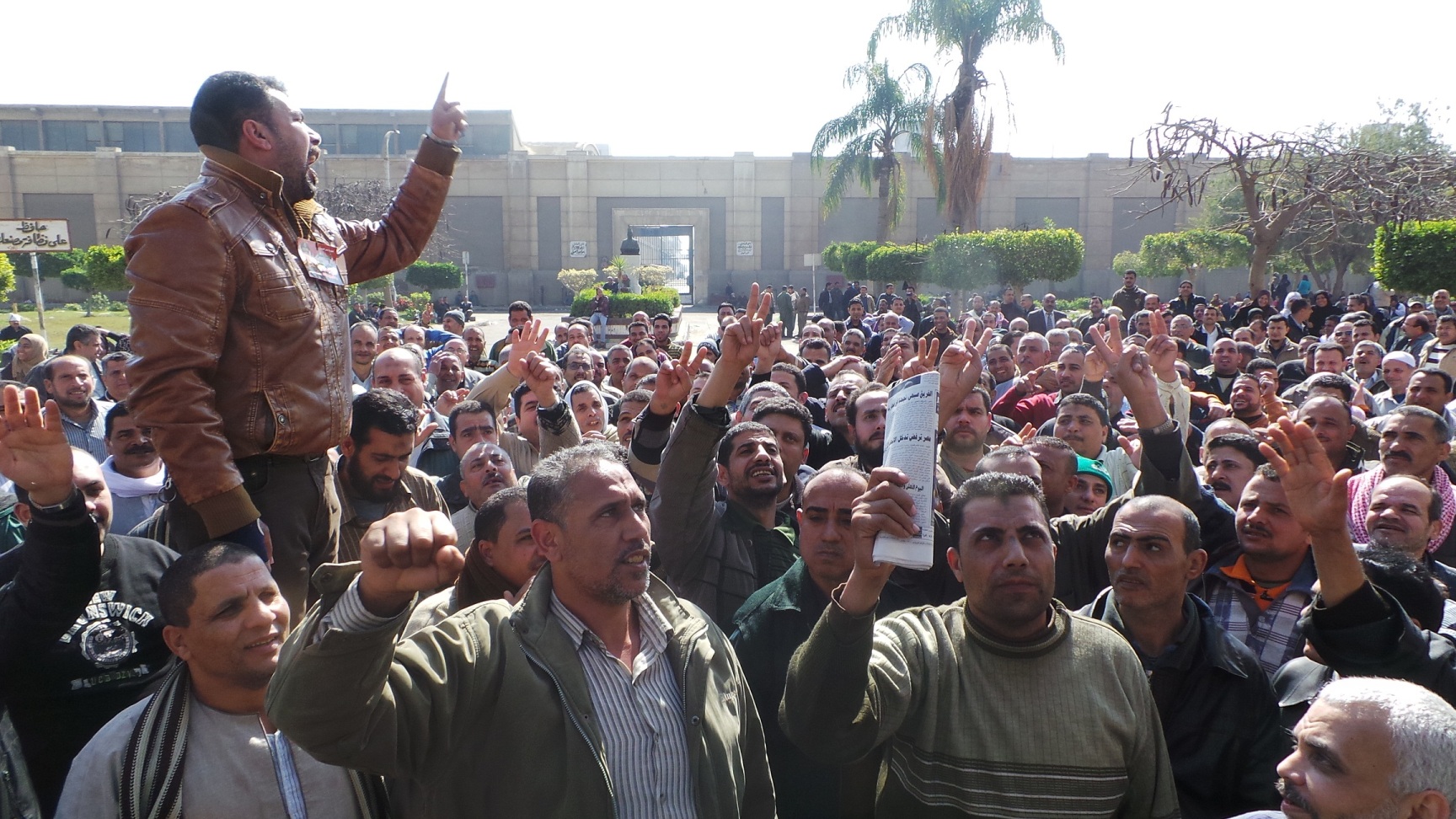 Amid concerns that the workers in the Alexandria Shipyard Company will receive harsh verdicts, displays of solidarity by local and international political and labour groups have demanded the release of the detainees.

The Alexandria Military Court is expected to release the verdict on Sunday. The 26 workers have been arrested since May, after they staged a strike in the military-owned factory, demanding better wages, late profit shares, safety measures, and promotions.

As the strike escalated, workers were barred from entering their place of work and military units were deployed.

A joint statement issued on Friday by more than 20 groups and 400 activists and workers, declared solidarity with the detained workers, condemning the fact that the workers are civilians, yet they are being tried by a military court.

The Alexandria Shipyard Company falls under the supervision and administration of the Ministry of Defence and Military Production as of 2007. Martial law stipulates that if civilians breach the law inside a military zone, they can be referred to military court.

The signatories warned: “The abusive procedures against civilian workers in military companies open the door for the militarisation of work relations and the outbreak of compulsory employment.”

The statement then called on authorities to immediately release the workers.

13 Alexandria workers forced to resign ahead of military trial verdict

Alexandria Shipyard workers to remain in jail until 18 September

Parties, syndicates, and movements in solidarity with Alexandria workers ahead of military verdict