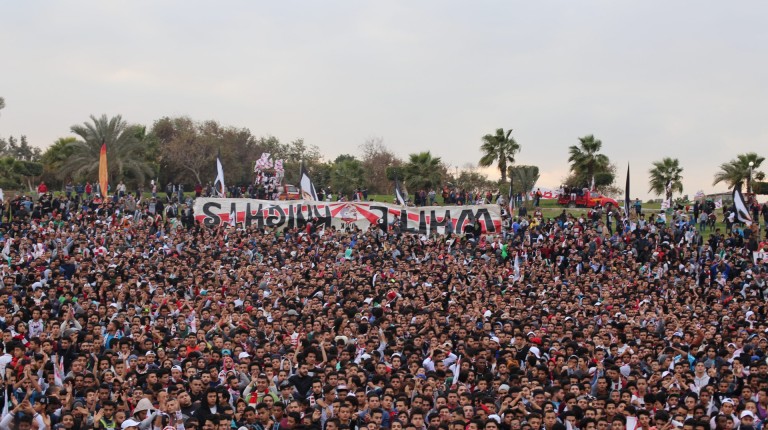 More than 40 Zamalek Ultras White Knights members were arrested ahead of a game against Moroccan club El-Wedad at Borg Al-Arab stadium in Alexandria.

An Ultras White Knights member told Daily News Egypt that police rounded up the fans in front of the stadium and escorted them to Al-Amriya police station. He added that the police claimed it arrested those who don’t have permission from the management of the club.

The member, who preferred to remain anonymous, said that the head of the club and parliament member Mortada Mansour has incited the police against the fans.

The media office of the Ministry of Interior wasn’t available for comment or clarification on the matter.

On 8 February 2015, an Egyptian premier league football match between Al-Zamalek SC and ENPPI took a violent turn as fans were attempting to enter the Air Defence Stadium. Many were killed when security forces violently dispersed fans crowding around the entrance to the stadium. Fans became trapped inside a metal walkway leading into the stadium. Dozens of fans are still on trial for charges of rioting and killing their fellow fans, while no officials were held accountable for the incident.