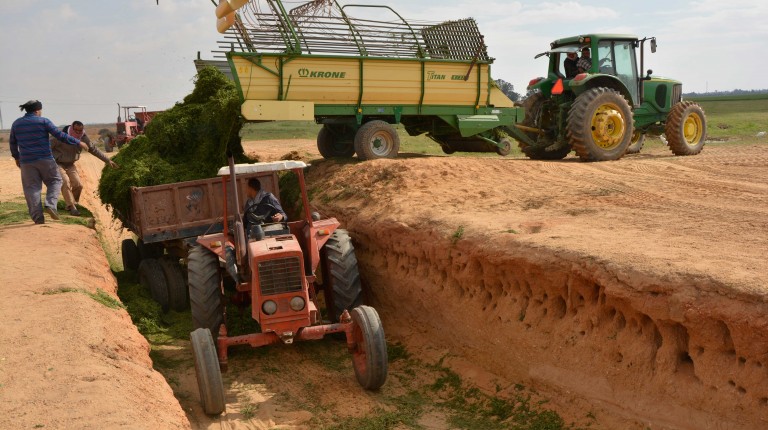 On Sunday morning, Egyptians celebrated the first day of Eid Al-Adha. Egypt’s streets turned into one big yarn filled with sheep and cows. According to Islamic belief, Muslims celebrate Eid Al-Adha by slaughtering animals in order to distribute their meat among the poor. This comes after the early morning Eid Al-Adha prayers.

At 6am, Muslims happily gathered in mosques across Egypt, while children held colourful balloons, waiting for the prayer to end. Afterwards, the slaughter frenzy started. The slaughtering process has certain guidelines which have to be followed, such as using a very sharp knife for the kill and positioning the cattle towards the Qiblah.

The cattle and knives markets start thriving before the Eid Al-Adha season. Two weeks before the celebrations begin, knife traders start selling their sharpened knives for much higher prices, while a cow can cost up to EGP 21,000 or more.

Usually, the slaughtering starts on the first day after the prayers, and it can last until the fourth day after Asr prayers.