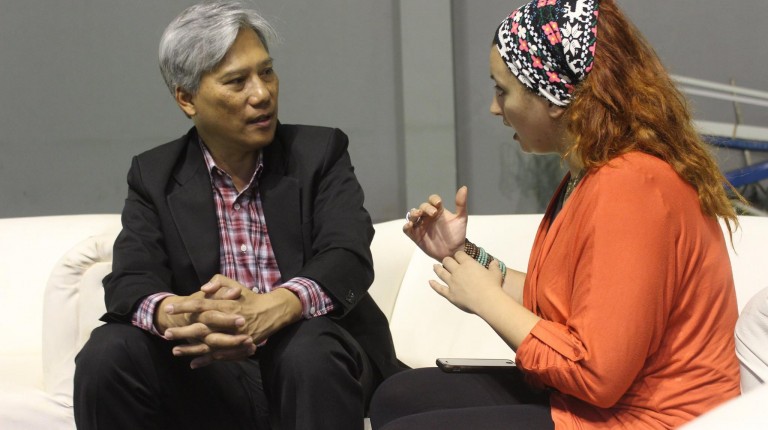 Is Muay Thai popular outside of Thailand?

Yes, it is already popular worldwide: across Asia, Europe, the Americas and Africa, as well as in Mediterranean countries such as Morocco, Lebanon, Spain, and Italy.

What is the sport’s status in Egypt?

Approximately 2,000 boxers practice the sport in Egypt. There are also about 200 gyms or sport clubs where it can be learned and practiced.

So it is becoming popular in Egypt, not only in Cairo but also in other Egyptian cities, including Alexandria.

So how is Thailand promoting the sport in Egypt?

I would like Thai sports to be more popular in Egypt. The Royal Thai Embassy in Cairo organises these championships to promote the sport and support its players, in cooperation with the Egyptian Muay Thai Association and the AUFC Academy for Martial Arts.

Both years have been very successful. We will continue organise this championship in the coming years.

Does the Royal Thai Embassy offer prize money for the champions and runners-up?

We do give prize money to winners and runners-up in each division. More importantly, in Muay Thai culture, it is an honour for the winner to receive the championship belt as a boxing award.

So regardless of the prize money, receiving the belt is a prestigious goal and award for the player.

What are the benefits of practicing the sport?

Some people think that it is a dangerous sport but this is not true if practiced properly. Additionally, there are rules that regulate the game and protect the players.

Practicing Muay Thai requires fitness of the body and mind. When you practice Muay Thai, you use your entire body. You use your hands, legs, knees, and elbows. Legs are not only meant for walking, but for practicing sport as well.

So every part of your body can be used as a weapon to attack the rival and defend yourself. In a real-life scenario, this sport is useful as a form of self-defence.

Is Thailand making any effort for the sport to be included in the Olympics?

Of course there is effort done in these regards. Although it is not yet an Olympic sport, Muay Thai’s status, whether in Thailand or abroad, is quite strong and it is a popular sport. About 120 countries are registered with the Muay Thai Federation in Thailand.

I think in the future it will be an Olympic sport.

Professional boxers get green light to compete in Rio