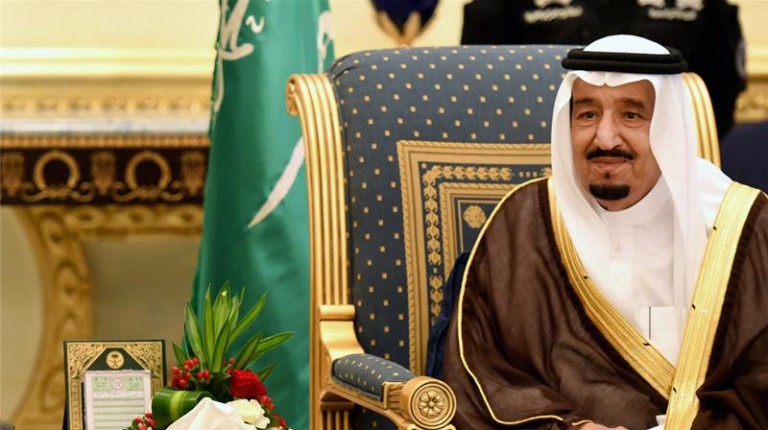 Salman ended his tour in the historic Al-Azhar mosque, where he met the grand imam and other high-profile officials.

According to a presidency handout, Salman observed the latest construction plans to restore the architecture of the mosque. The tour included the inauguration of new student dorms at Al-Azhar.

The king also met with Pope Tawadros II, in unprecedented official talks, with both affirming strong relations between the two countries. The pope thanked King Salman for the kingdom’s support for Egypt.

During the press conference, Al-Sisi said the visit, which began Thursday, affirms the “brotherly” relations between the two countries and enhances further strategic bilateral cooperation.

The president added that mutual efforts between Saudi Arabia and Egypt will assist in resolving the crises in the region, including in Palestine, Yemen, and Syria.

King Salman said during the press conference that he is pleased to visit Egypt, vowing that the Red Sea bridge will act as a channel to enhance more promising projects between the two countries.

Several economic and development accords were signed between the two sides during the visit. The agreements also included a loan that is reportedly worth $20bn.

Egypt is suffering from a shortage in foreign currency resources due to decline in revenue from tourism, the Suez Canal, and foreign direct investment. It has been economically dependent on loans from different Gulf countries as a mainstay in sustaining its economy.

Salman is expected to visit the Egyptian parliament on Sunday.