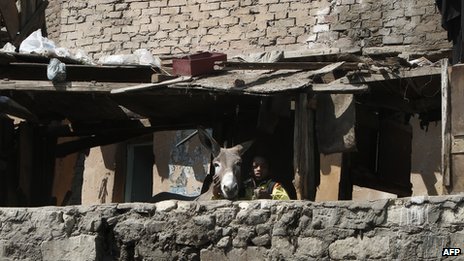 The cabinet has outlined a plan to build housing units for residents of Batn Al-Bakara slum, which was classified as a high-risk area, said Prime Minister Ibrahim Mehleb on Saturday.

According to a cabinet statement, the plan will be implemented in coordination between the Ministry of Interior and Cairo Governorate.

Cairo Governor Galal Al-Saeed said Batn al-Bakara has many dangerous areas, located in Old Cairo and near Al-Fawakher project, Maadi Company for Development and Construction, the Museum of Civilization, the Mosque of Amr Ibn Al-Ass and the Religions Complex.

A part of the area is located on the edge of high-level land, which makes it a dangerous first-class life-threatening area in which to reside. It was also classified as a dangerous, second class, area that was inappropriate for us for housing.

Mehleb chaired a meeting on Saturday evening to discuss the situation of the slums classified as first class life-threatening areas. The meeting was attended by the Ministry of Urban Development and Slums, the Cairo Governor, Assistant Minister of Interior and head of Cairo Security Directorate, the Chairman of Construction and Development Holding Company, and the Director of Police Facilities.

“We have 1,300 slums across the country, 340 of which are dangerous areas,” Mehleb said. He added that the government is making concerted efforts to remove the dangerous slum areas and move their inhabitants to safer housing.

Al-Saeed added that there are nearly 4,000 families living in Batn Al-Bakara. He also reviewed the requirements for developing the area, pointing out the need for a careful inventory of families according to fixed standards. The government will also provide financial compensations for one year to those families, until the construction of alternative housing units is completed.

The meeting also tackled the building of housing units and services for the area’s residents on 40 acres of land on Al-Khayala road. The inhabitants of the area will be moved there after the completion of buildings.

Egypt’s slums suffer from problems in sanitation and drinking water systems, as well as the lack of fire-extinguishing systems, street lighting and paved roads. There are also high pressure power lines that cross the area, threatening the lives of residents.