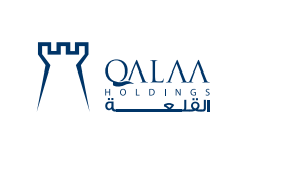 The parties aim to sign the final contract of sale and get the necessary approvals for the transaction during the third quarter (Q3) of 2015, according to a Qalaa Holdings statement.

Qalaa indirectly owns 15.18% of Misr Glass Manufacturing Company. Daily News Egypt has revealed an exit study by Qalaa from some of its major investments, the most important of which were its exit from Dina Farms at an estimated value of almost $80m, and El Rashidi El Mizan.

A number of Saudi companies are competing for the purchase of Dina farms, among which are Almarai, Savola, Beyti, and a number of investment funds.  EFG-Hermes was chosen as the financial advisor of the deal.

Qalaa Holdings owns 100% of Dina Farms through its subsidiary company, Gozour. Dina Farms owns 9,500 acres on the Cairo-Alexandria desert road, the equivalent of 40m sqm, in addition to 7,600 cattle.

Qalaa’s exit deal from its major investments is still in its early stages, and is expected to be concluded in Q3 of 2015, after the due diligence examinations by the companies.

In an earlier statement, the company said it is examining the possibility of exiting its remaining major investments in the food sector. This is a serious step towards speeding the decrease in the company’s debts and limiting danger while focusing the available funds on energy and cement projects, and other major sectors.

Qalaa seeks to collect about $300m from the exit operations on the medium term, according to the earlier statement.