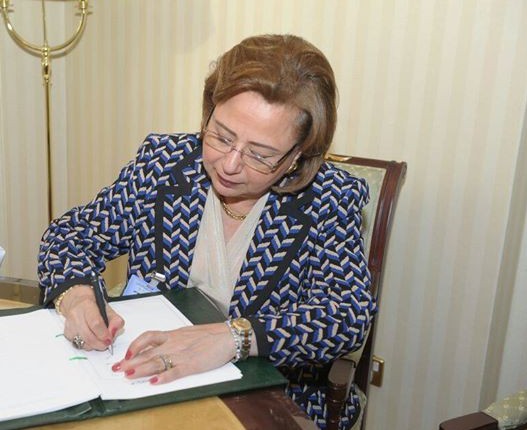 The Ministry of International Cooperation signed Sunday a KWD 60m (equivalent to approximately $216m) agreement with the Arab Fund for Economic and Social Development (AFESD) to support the West of Cairo power plant project.

The signing took place in Kuwait between Minister of International Cooperation Nagla Al-Ahwani and Director General of the AFESD Abdullatif Al-Hammad.

A number of meetings were held in Kuwait Tuesday in the framework of the annual meetings held by Arab financial institutions.

Another aid agreement worth KWD 200,000 (equivalent to approximately $700,000) was signed in favour of the Ain Shams Specialised Hospital, covering the costs of the necessary sterilising equipment.

The West of Cairo power plant project is expected to increase power generation capacity by approximately 650MW, which is to be achieved through adding a steam-generating unit to the site.

The project is a means for meeting the growing demand for electric power in the country.

54% of the provided loan is a grant, making it a concessional loan that is to be repaid by the Cairo Electricity Production Company (a subsidiary of the Egyptian Electricity Holding Company) over 20 years, with a six year grace period. The interest rate is valued at approximately 3% per annum.

Furthermore, after a meeting between Al-Ahwani and Abdulwahab Al-Bader, Managing Director of the Kuwait Fund for Arab Economic Development (KFAED), it was announced that the fund is set to lend Egypt a total of $1.5bn over a five year period. During that time period, Egypt will receive an amount worth $300m annually.

In another meeting with Tunisian Minister of Development, Investment and International Cooperation Yassin Ibrahim, Al-Ahwani stressed on the importance of better exploiting the benefits of the Agadir agreement.

Meanwhile, Al-Ahwani also met with the Saudi Minister of Finance, whereby they discussed the $4bn aid package that Saudi Arabia announced it will be providing to Egypt at the Egypt Economic Development Conference (EEDC) that was held mid-March in Sharm El-Sheikh.

$2bn of the prior mentioned aid is expected to be placed as deposits at the Central Bank of Egypt (CBE). The rest will be managed by the Saudi Fund and the concerned ministries. In the meeting they discussed allocating the remaining amount equally between significant development projects, for supporting private sector projects, and for financing imported goods from Saudi Arabia, in the form of petroleum and its derivatives.