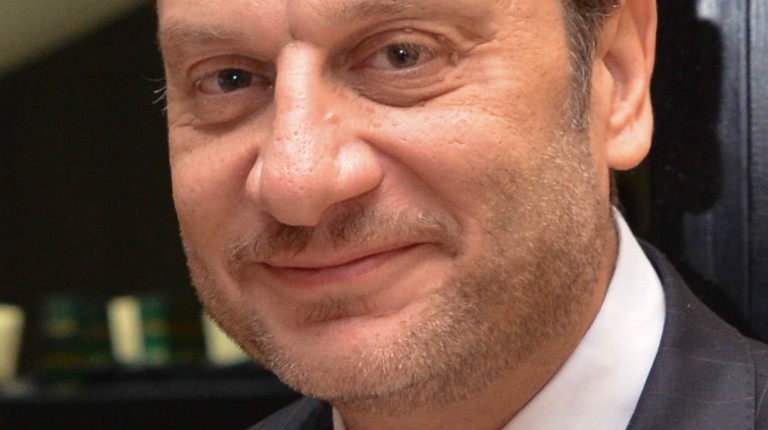 Under the current tax systems, tax rates have essentially exceeded 40% due to a rate increase from 20% to 25% in addition to imposing 5% surtax on companies and individuals for amounts exceeding EGP 1m. This is also in addition to a new 10% tax on dividends. Experts are now concerned that the current tax rates discourage investors and hamper the investment climate in Egypt.

Amr ElMonayer, international tax partner at PriceWaterhouseCoopers Egypt, former member of the tax experts committee at the United Nations, and former assistant minister of finance, spoke with Daily News Egypt. During the interview, he revealed his vision on the current tax system and its ability to attract investments in the current and future phases.

What is your evaluation of the current tax regime?

Before answering this question, we must emphasise that any integrated and efficient tax regime consists of four parties that make up a tax system. These include a tax policy, tax legislation, tax administration, and taxpayer. I therefore strongly recommend improving the tax system through the development of a clear and consistent long term tax policy that enables investors to make their investment decision based on certainty and transparency as a first step.

I also suggest that during the Economic Summit, the government pursues a five year tax and fiscal policy in Egypt to be presented during the Summit on the condition that plans and goals do not change depending on cabinets and individuals. It is vital that the policy be stable and clear built on scientific cost benefit analysis in order for it to be successfully implemented. In my opinion we had unstable tax system during the last four years.

The second step towards implementing tax reform is reconsidering legislations, specifically the need for issuance of a new income tax law consistent with international standards, clear of any ambiguity with practical and detailed executive regulations. Furthermore, I strongly suggest reconsidering the current high tax rates in comparison with tax rates in competing states, to encourage investors in light of the current economic situation.

What is the case for international tax systems’ best practices?

On an international level, tax systems have three goals, namely built on: fiscal; economic; and social policies. The fiscal goal would be increasing tax revenues. The economic goal is encouraging and stimulating investment, while the social goal includes achieving a level of social justice and fair income distribution.

I believe that, for the Ministry of Finance and the Tax Department, the fiscal goal is currently dominating so as to address the rising gap in the state budget deficit, which is a short term solution, while we should reconsider the tax system and its rates.

What about the 5% extra tax on companies and individuals whose income exceeds EGP 1m?

I imagine that a message should be sent to the investors that the surtax of 5% will definitely end in three years; the period prescribed by law, and will not continue beyond this period. Thus any continuity of that tax after the prescribed period may indicate to investors that the government intended to indirectly increase the tax rate.

What about the value-added tax law?

Introducing a modern VAT law is an essential measure to increase revenue. Therefore, I believe we should speed up adopting the law while granting stakeholders, be it tax officers or taxpayers, a transition period long enough to allow them to adapt to the new tax system. I also believe that the lack of such a transition period would result in deterred applications, given that the new law will require amending the invoicing systems for companies and accounts used.

At the same time, it helps reduce burden upon various industries based on its application of the principle of full deduction of tax on inputs, which means the division of the tax burden on the different levels of the stages of production, and thus allows the deduction of inputs tax for capital goods.

Do you think that amending the law more than once discourages the investor?

Under the current fiscal climate, investors currently perceive there is no on-going stability due to continuous amendments in the law. The laws’ articles are not consistent and harmonious with each other, which is the case, for example, in articles with regards to tax exemption, in addition to article 53 on the re-evaluation profit.

The current law is full of injustices with regards to taxes towards companies in Egypt. It also imposes double taxation in the case a holding company owning less than 25% of capital and voting rights, which encourages investors to establish new companies in other markets.

How do you envision the new income tax law?

I believe that in order to build a sustainable new system, we have to examine two areas of the law. Firstly, a unified procedures law, and secondly the unification of all procedures on income and sales in order to decrease the current procedures and avoid flaws through tax justice. The new law must also adopt the international standards on taxation.

How do you view the financial measures adopted by the government?

Since the 25 January Revolution, Egypt has been facing political and economic challenges, which affected its finances as a result of the economic instability and the weak direct foreign investments as well as lower hard currency resources due to losses in the tourism industry. When the new president came into office last June, some progress was made with regards to political and economic stability, with the help of Arab aid which amounted to $12bn. This stability however remains fragile as a result of the terrorist attacks, which continue to hamper the economy by deterring investors.

I believe that the government has recently made some positive economic reforms, which is a good indicator that the Egyptian economy is heading towards the right direction. The first major steps towards these gains were made by reforming the energy sector and significantly reducing the energy subsidy. Subsidies on oil products in the state’s General Budget in the current fiscal year (FY) 2014/2015 made up to EGP 100bn compared to EGP 130bn in the previous FY 2013/2014. I expect that 2015 will witness another round of fresh, major economic movements through mega projects such as the Suez Canal axis, the 1m acres land reclamation project, and the national project on the construction and rehabilitation of 3,200 kilometres of road networks.

In your point of view, is the government able to achieve growth rates of 4% in 2015?

It is possible if the government continues to make more financial, economic, and tax reforms in the upcoming period. I hope that we can reach growth rates of 4 to 5% in the GDP this fiscal year. Achieving these growth rates is not as important as increasing them steadily for period of not less than 5 years. Growth sustainability is the key factor for achieving economic prosperity. Last year’s GDP growth was at2.2% compared to 2.1% in the FY 2012/2013, while in Q1 of FY 2014/2015 growth rates were at 6.8%, and in Q2 they were at 5.7%, a good sign of growth. Combined with the higher growth rates, there also needs to be an equal distribution of growth. We must ensure we avoid the previous mistakes when we achieved 7% of GDP however they were unevenly distributed amongst a very small class of the society.

What is the international tendency in growth rates?

The international economic conflict is divided into two sides: We can ask ourselves, can growth rates be achieved regardless of equal distribution? This would lead to achieving growth rates that would be of benefit to only some classes of the society. The better we are at achieving high rates, the more we can begin to see a reduction in unemployment. As a result, inflation rates would drop, investment rates would increase, and the state’s budget deficit would decline. The government is working to lower its budget deficit to 8% of the GDP during the next three years.

What do you think of the administrative reform the government seeks to apply?

The administrative reform is part of the government’s out-of-the-box thinking; currently, the public sector has more than six million employees, the majority of which is temporary employment. After a while, these employees become permanent staff. An important issue in the administrative reform process is that it will end the notion of temporary employment and all the governmental employees will be permanent.

Improving the current wage system is also part of the administrative reform in order to mitigate large discrepancies in wages which helps lessen social injustice and corruption.

The government should set an efficient system for the workers, create early retirement funds with good compensation, encourage providing job opportunities by the private sector and decrease hiring in the public sector. In addition, reducing unemployment rates can come from private sector’s investments, which will lead the economy for the next few years.

What do you think about the single-window system?

We talked about the single-window system or what is called one-stop shop for quite some time. It aims to remove the administrative and bureaucratic obstacles in front of investors. So far we have a lot of successful systems in place, comparable to those used in Dubai for example. Establishing companies, in accordance with the single-window system, will not take time when the processes are done electronically, while currently, there are more than 78 mandatory and regulatory bodies, which stand as an obstacle against the potential investor.

Applying the new system is expected to double direct foreign investments. In the first quarter (Q1), we made net direct foreign investments of $1.8bn, and in the second quarter of the current FY 2014/2015, investments made up to $2bn; this indicates we are making real progress towards economic recovery. The single-window system will improve Egypt’s rank in the business practice indicators, assuming it is applied efficiently.

Do you believe that activating the single-window system helps eliminate corruption?

Of course it will reduce corruption and bribery to a great extent. I also consider inefficiency as a form of corruption, as well as hiring incompetent employees. Activating the single-window system has a lot of advantages, mainly in eliminating human contact by use of a more efficient electronic system.

From your point of view, how can the government facilitate the procedures?

One of the flaws of the Egyptian legislative regimes is that the current procedures regulating financial and commercial dealings are distributed across many laws and not specified in a single law, thus creating confusion and difficulty towards its implementation. The notion of the unified investment law combines different laws in single unified unit, along the lines of the special economic zones law and the exemptions. It is a good idea to combine all the laws related to investment in one law, while making additional incentives for investors.

Are you with or against exemptions?

I am strongly against granting tax exemptions to promote investment. Tax exemptions represent a distortion in the tax regime, and are not ranked by investors among top reasons for investing. Legislative, economic and tax policy stability, as well as security are often ranked ahead of tax exemptions as an investment incentive.