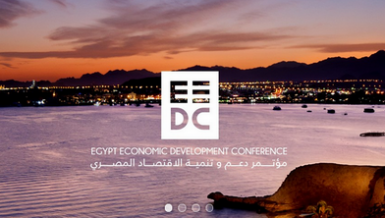 The government has tasked a number of local market investment banks with promoting projects that the government will present during March’s Economic Summit in Sharm El-Sheikh. Around 3,500 investors and financial institutions from 120 countries are expected to participate in the conference.

CI Capital is tasked to promote three of the 11 projects in the fields of transportation, electricity and real estate development, while eight projects were distributed equally between CFH and PHC.

Hisham Gohar, Investment Banks sector head at CI Capital, confirmed that one of the three projects is worth approximately EGP 10bn. He added the company is working on preparing studies related to these projects to be presented to investors in during the Summit.

CFH will promote four projects in the fields of transportation, real estate development, tourism, petrochemical and industry during the conference.

Investment Banks sector head at CFH Rasha El-Houssieni said the company has already started promoting these projects in the GCC and foreign markets.

One of the two projects in 6th of October City will be established on an area of 10m sqm, according to Head of the Investment Banks and financial consulting sector, Haitham Al-Ansari.

He added the tourism sector is one of the most promising sectors on the local market, regardless of the current situation of Egypt. PHC is trying to persuade investors to invest in tourism during the next phase.

On the other hand, the Consul General of the Egyptian Consulate in Geneva, Ahmed Shaheen said there is a significant interest among many Swiss companies and banks. One of global Swiss banks expressed its desire to participate in marketing investment projects that will be presented at the conference.