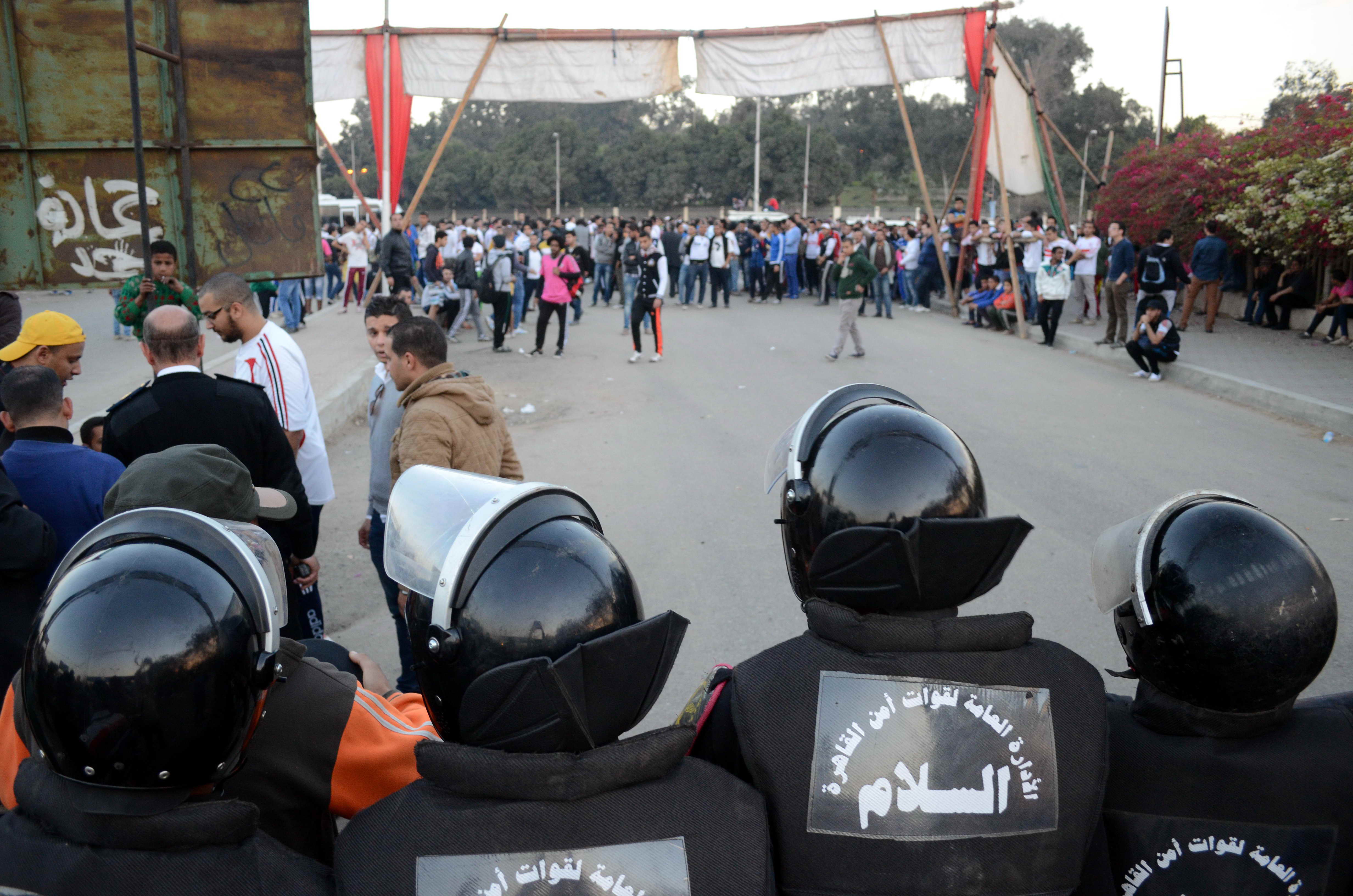 Hisham Abdel Hamid, a medical official in the Forensic Medicine Authority, stated that “all deaths that took place in the Air Defence Stadium case were due to excessive shoving between the fans”, state-media reported Thursday.

According to Zamalek football fans, the Ultras White Knights (UWK), police forces shot tear gas at fans as they were attempting to enter the stadium to attend a match last Sunday. The fans suffocated and died as a result, while the UWK called the police violence an “intentional massacre”.

Abdel Hamid denied that some of the deaths were due to shooting live ammunition, tear gas, or police beatings and told the state-owned MENA that all the deaths were because of “excessive shoving” among the crowds.

The forensic report has been handed over to prosecution, the medical official said.

Earlier this week, police forces arrested 18 of the UWK while East Cairo’s prosecution ordered the release of the 18 fans and the detention of three other people accused of inciting violence.

Human rights lawyer Tarek Al-Awady, who has represented ultras fans in previous cases, said he filed a lawsuit to the prosecution against the Minister of Interior Mohamed Ibrahim, Zamalek president Mortada Mansour and board members, and chief of the Cairo Security Directorate for responsibility in the killings.