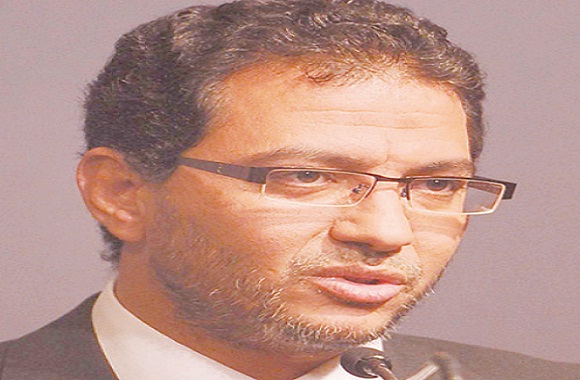 Abdallah Shehata is an economics professor who used to lead Egypt’s negotiations with the IMF under the Muslim Brotherhood. Now he is detained in prison accused of manufacturing homemade bombs, among other charges. On 28 November 2014, a day that was meant to see a large protest under the title of “Muslim Youth Revolution”, Abdallah Shehata and his brother Asaad were arrested. Their brother Mohamed, who is in Turkey, told Daily News Egypt that Abdallah and Asaad were taken from their homes. “My brothers were taken to a CSF camp, then to the National Security office in Sheikh Zayed. They assaulted my brother Asaad there to pressure Abdallah,” he said. “They tortured him to force Abdallah to make those video statements.” The Ministry of Interior issued a video statement on 18 December that included a confession by Abdallah that he supplied Brotherhood operatives with weapons and ammunition. He also allegedly confessed to making homemade explosive devices along with his brother, with the intention of using them in the Brotherhood’s protests. Human Rights Watch (HRW) demanded that the Egyptian authorities investigate claims that police tortured the former finance minister’s advisor and his brother in detention, in a report issued Tuesday. A lawyer told HRW in December that interrogators subjected the two brothers to electrocution and other forms of mistreatment, to force Abdallah to confess to weapons possession and other violence-related charges. Mohamed said: “My brother did asked officers to stop torturing Asaad, and told them he agrees to record whatever they want, and he did record some pre-set confessions of fabricated charges. Whenever he changed the statements they electrocuted him. After a number of takes they taped the forged confessions.” Abdallah’s relatives and his lawyer Ezzat Ghoniem said National Security officers abused and electrocuted the two brothers over four days in the Sheikh Zayed office. They were then sent to prosecution in the Supreme State Security division, HRW reported. The prosecution ordered their detention pending investigations into charges that included belonging to a terrorist group – the Muslim Brotherhood – and possessing weapons. Abdallah Shehata is a Cairo University economics professor who held official and unofficial advisory roles in the Finance Ministry from 2007 until the ouster of the Muslim Brotherhood government in July 2013. He also led the Freedom and Justice Party’s economic committee for almost a year. He offered help with the economic programme for 2012 presidential elections candidates Abdel Moneim Abul Fotouh Hamdeen Sabahy. Abdallah, after resigning from supervising the committee, went back to work as an advisor for the Ministry of Finance, and was promoted to head of the financial policies unit in the ministry. Ghoneim told Daily News Egypt that before his arrest, Abdallah declined an offer to return to the ministry as an advisor to help Egypt’s government with negotiations with the International Monetary Fund (IMF). Ghoneim believes that Abdallah’s rejection was the reason behind his arrest, as he said: “I warned him, he was in the UAE a week before his arrest, and I told him they’re going to arrest him when he comes back.” “Abdallah didn’t have a political affiliation; he was an expert at the IMF [before the revolution], but he quit his job and came back to Egypt to serve his country,” Mohamed said. “He is one of the most important public finance experts in the Middle East, and was the finance ministry’s advisor before and after the revolution, and his students know him for his exemplary manners.” Mohamed firmly believes the “Egyptian authorities intend to arrest everyone who worked for Kandil’s government, which was backed by the Brotherhood, and the security crackdown doesn’t differentiate between a Brotherhood member and an economics professor”. Abdallah’s brother Asaad was arrested on the same day, as security forces stormed his house as well; although Mohamed claims “Asaad has no political affiliation”. He also believes he would have been in danger of arrest himself, had he been in Egypt at the time. Mohamed works in Turkey as a correspondent for a Kuwaiti magazine. Ghoneim says that there are no real ongoing investigations with the two brothers, as prosecutors believe this is a political case and they should not intervene with how it proceeds. “After his arrest, we informed officials in the IMF and the UN about what happened,” said Ghoneim. Mohamed added that his colleagues in the university contacted the government demanding his release and condemning the “fabricated” charges against his brothers.