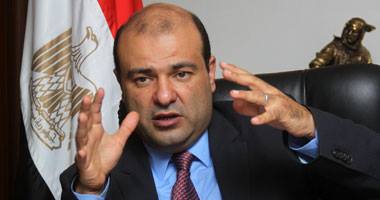 The studies include preparing feasibility studies, economic and logistical needs, as well as marketing and operating the centre. Negotiations with the African Development Bank to finance these studies are expected to take place, the minister added.

Detailed plans and letters will be submitted and approved by the Ministry of Supply before companies can proceed with the studies.

In October, Hanafy announced that three logistics centres will be constructed in Damietta, East Port Said and Safaga with investments totalling EGP 13bn.

He added that the project, which seeks to handle and store grain and food commodities, is expected to be completed in two years.

A Russian firm has offered to invest in one of the logistics centres through forming a consortium with Egypt, the minister announced late October. He added that the Russian holding company seeks to supply Egypt with all the equipment and machinery required for the project.

Another international firm has also requested to participate in the project by establishing over 600km of railway lines. The new lines will be used to transport grain and food commodities, and will launch next month.

Both companies were not named by the minister, however.