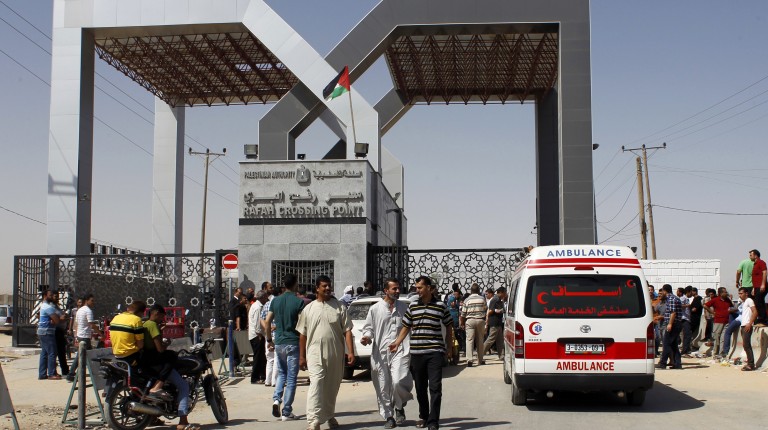 The Rafah crossing between the Gaza Strip and Egypt was closed indefinitely after Friday’s attacks against army forces that killed at least 3o and injured over 25, which led the Egyptian government to announce a state of emergency in the troubled Sinai Peninsula.

The Rafah crossing, which is the single border crossing to the occupied Gaza Strip not controlled by Israel, has largely been closed since Hamas took over government institutions in 2007. Gaza has since been under a land, air, and sea blockade.

President Abdel Fattah Al-Sisi spoke on state-run television on Saturday, claiming that “foreign elements” were behind Friday’s terrorist attacks. He added that the government was “ready to take action to solve the problem on the Egypt-Gaza border at the roots.”

Bassem Neim, a senior Hamas official, said that while he mourned the wounded and dead soldiers and expressed solidarity with their families, the closing of the border crossing directly affects people stranded in the territories and denies Palestinians access to food, fuel, medicine, and other necessities. Neim called repeated Palestinians calls for the Egyptians to fully open the border.

Al-Sisi’s comments signalled Egyptian authorities belief that Gaza-based militants had a role in the deadliest attack in recent memory in Egypt.

The Rafah border crossing was briefly opened during a 50-day Israeli military operation against the Gaza Strip, allowing humanitarian aid to travel from Egypt to the occupied territories, while a number of injured Palestinians were treated in Rafah hospitals.

During this time, Badr Abdelatty, spokesman for the Ministry of Foreign Affairs, said that up to 1,200 tonnes of medical aid and foodstuffs have been delivered to Gaza by the Egyptian government, while 3,500 people have crossed into Egypt from Gaza, and 2,000 people have crossed from Egypt into Gaza.

In a statement released prior to the mid-October Gaza reconstruction conference hosted in Cairo, HRW said Israeli restrictions on the movement of people and goods into and out of Gaza “harm people’s access to water, education, and other fundamental rights”. The statement added that imposed restrictions “hinder sustainable recovery” in the besieged strip.