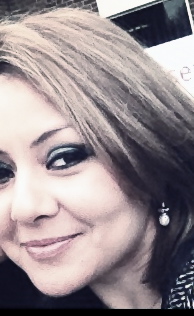 Subsidy reform was inevitable. That’s what President Abdel Fattah Al-Sisi and his supporters said this week when fuel prices were raised and taxes on some consumer goods were hiked. And they aren’t wrong.

The “social contract” between the government and its people has clearly become unsustainable as deficits increased, especially over the past three years. Many of the subsidies, including some of those on fuel, were not helping the Egyptians who needed it.

However what did the price hikes mean for the Egyptians who did need those subsidies? After all, fuel subsidies don’t only have an affect on the price of transportation. And as an economist pointed out, many will be negatively affected by the lack of a “basic level of protection”.

And this is where we find the problem. The price increases came without warning, without public deliberation, and without properly implemented measures to ensure that Egypt’s poverty issue was not exacerbated. While all prices of all grades of fuel were raised, the highest percentage increases were inflicted upon diesel and lower grades, something that will not only affect those owning vehicles, but consumers to whom the expenses will be carried over.

This is critical to point out because according to CAPMAS, 26.3% of Egyptians live under the poverty line. A report issued by the United States Department of Agriculture said in 2012 Egyptians spent a whopping 42.7% of their expenditures on food-the sixth highest percentage out of the 84 countries surveyed.

Former Assistant to the Executive Director of the International Monetary Fund Fakhry Al-Faky indicated that the government is unlikely to succeed in controlling the price jumps in markets, goods, and services influenced by the changes (a commodity like fuel has a far-reaching affect on food and other fast moving consumer goods).

In a Monday afternoon address, Al-Sisi referred to the price hikes as a “bitter medicine”, while pointing out that the budget deficit had reached EGP 300 billion (and this is on top of the EGP 600 million in interest the government pays daily on loans).

So what can be done to combat the adverse affects of reduced subsidies? It would have been in the best interest of Egypt to adopt some of the practices Jordan did over the last decade or so. The Jordanian government gradually lifted fuel subsidies while simultaneously raising public sector wages and enhanced its food subsidy programme. Jordan would later reverse some of its attempts at reform in 2011 in response to rising living costs. The policy, which also had a much broader scope, was the product of past failed attempts to reform subsidies, and took a more careful and sensitive approach within the larger context of the living conditions of its citizens.

Subsidy reform is needed, and the president has frequently referred to instances in which upper class Egyptians receive unnecessary government assistance. The same can be said about larger businesses and factories.

The Egyptian economy cannot be run like a business. No matter how necessary subsidy reform is needed, price changes need to come with protections, warnings, and set plans in the context of a very precarious consumer economy. A policy that does not tailor to the needs of the poor, especially in a country like Egypt, will not succeed, especially when lower income Egyptians are victim to a government framework that provides them with very little (if any) effective services or safety nets.

Furthermore, the government must gain the trust of the population if it wants to make sweeping economic changes. While vague promises have been made to fight corruption, Egyptians have still not seen serious steps to confront a plague that puts Egypt at 114th of 177 countries in the Corruption Perceptions Index.

And while the military has made plans to help alleviate rising costs, it would serve Egyptians and their economy well to put the country’s most expansive and most influential institution under a civilian microscope- an idea that was dismissed by Al-Sisi during his presidential campaign. Finally, the decision should have come after a general consensus, something that most Egyptians in who have occupied leadership positions seem to conveniently overlook when facing critical moments in the country’s transition.

If the needs of Egyptians are ignored, and the populace is expected to simply “power through” higher prices, the current setup will surely be as unsustainable as the subsidies with which the government did away.