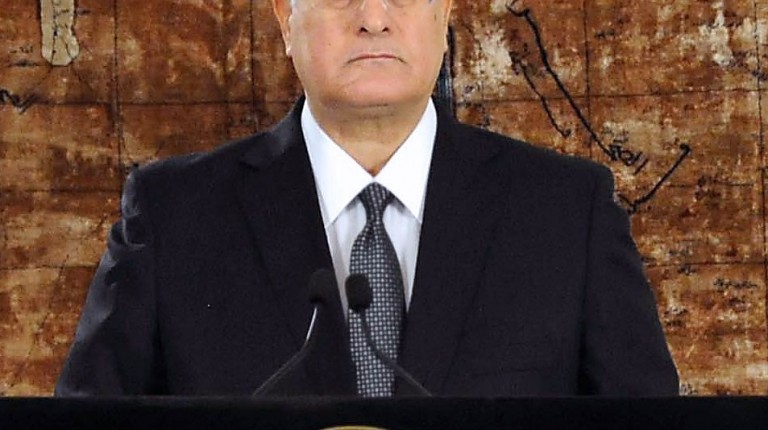 Interim President Adly Mansour announced a number of presidential decrees Wednesday evening concerning the amendment of the traffic law, voters abroad and prison lands, all of which will be activated as of Thursday.

The decision came through presidential decree number 160 for the year 2013, which stipulates that the license for a service vehicle which dates back to more than 20 years shall not be renewed. The service vehicles referred to in the law include taxis and other vehicles which offer transportation as a service.

The Ministry of Interior project fund, mainly responsible for the selling of prison lands, was assigned by the decree the restoration and construction of vacated prisons. The fund is also responsible for exploiting the vacated lands to build new police facilities.

The president, who holds legislative powers due to the absence of parliament, has released numerous presidential decrees, including the formation of a 10-member expert committee on 8 July to amend the 2012 constitution, forming  the Supreme Electoral Committee on 11 September and detailing the military oath on 28 August.

The third decree issued by Mansour concerns voters abroad and the regulation of personnel responsible for overseeing the vote. The amendment was made to Law No. 73 of 1956 to regulate the exercising of political rights.

The article regulates the organisation of voters in consular committees, stating that the number of voters must be announced during all the diplomatic or consular missions. The decree also stated that the date of submission for a voting application should be stated clearly in the records, which should be displayed in a visible place in the mission or consulate and include the hometown of voters and where they have been geographically enlisted in Egypt.

“Electoral committees are established within headquarters of diplomatic and consular missions and every other location which the mission has jurisdiction over. A number of sub-committees are formed where each should not hold more than one thousand voters,” the decree stated.

The Supreme Elections Commission issued a decision to open voting registration for Egyptians abroad on 12 October. According to Egyptian elections committee 681,695 individuals have registered for voting abroad.