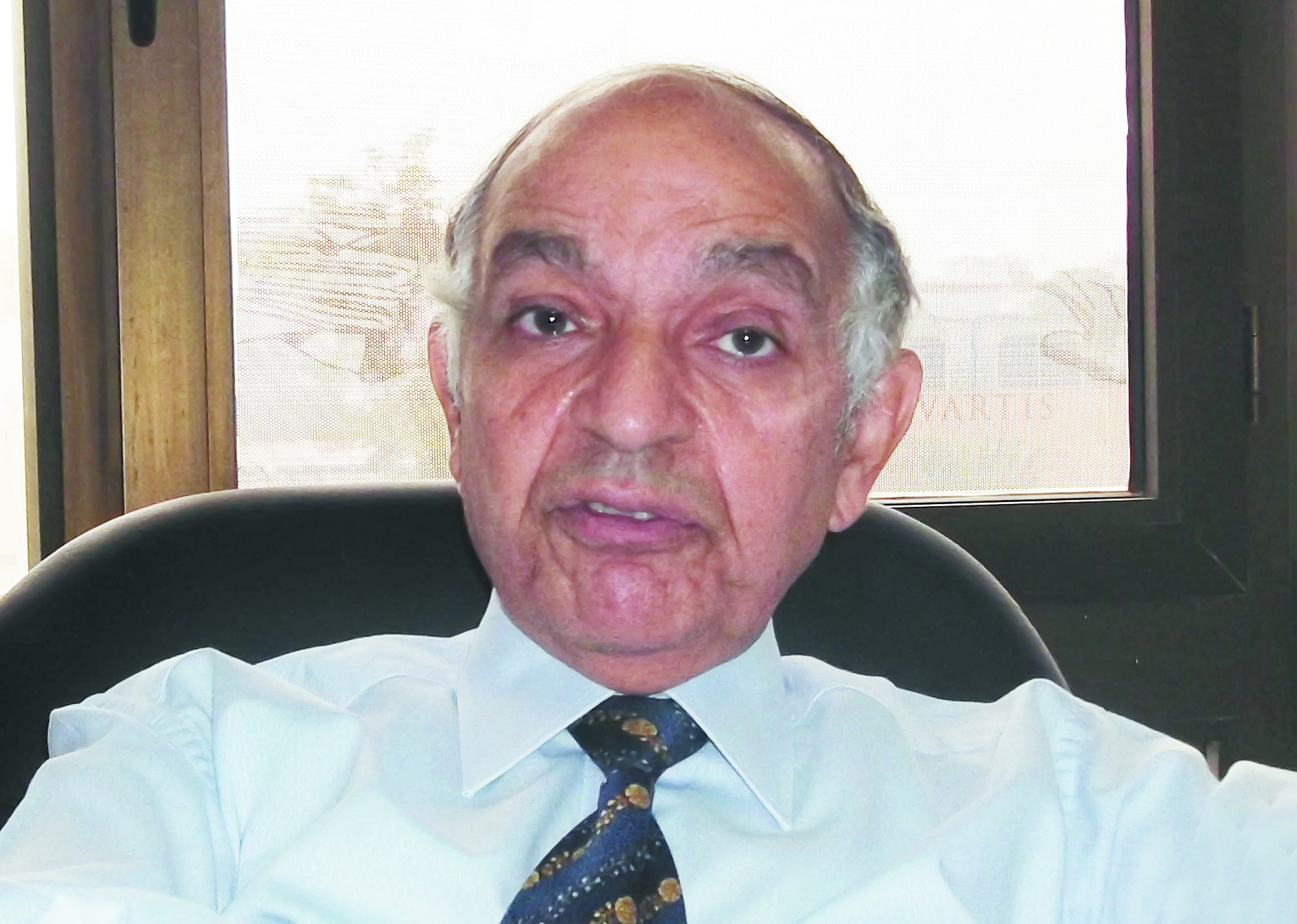 Imposing clear laws and regulations for registering and pricing drugs in place of the current ones will make the sector more attractive to foreign and private investment and encourage investors to enter the pharmaceutical industry, according to Salah El Sharkawy, vice-president of the Board of Directors of Novartis Egypt. Any investment must be two-sided – one economic, i.e. achieving an appropriate profit margin, and the other security, or protecting these investments.

El Sharkawy told Al-Borsa that the pharmaceutical sector suffered from three main problems which were impeding its rapid growth and hindering new investments. Chief among those was the low price of pharmaceuticals, which have not changed in over 10 years, and the slow pharmaceutical registration process, which takes more than three years. The third challenge was that there was no guarantee of intellectual property protection for innovative drugs.

He saw the pricing and registration of drugs as the most prominent problems the sector faces in Egypt because they dictated whether or not the drugs made it to the market. The rest of the challenges the sector is facing hang on these two. The pharmaceutical sector was the most affected by the rise of the exchange rate as a result of the higher prices of imported raw pharmaceutical materials and fixed drug prices.

“Shifting drug prices has become a taboo that everyone fears, despite the increase in all commodity prices. We must respond to the Chamber of the Pharmaceutical Industry by shifting the prices of drugs that cost less than EGP 10, in order to help companies continue production and expand manufacturing of new and innovative drugs. The patient has avoided resorting to high-priced drugs in the absence of cheap ones.”

He added that the Ministry of Health could adopt a new mechanism to shift drug prices by requiring companies to identify only 10% of their drugs whose prices need to be changed. There were a very large number of drugs whose prices have not changed in more than 10 years, despite continually rising production costs. Foreign companies as well as local ones had many drugs that incurred losses.

Novartis’s vice-president also called for the Ministry of Health to formulate a clear system to guarantee the delivery of modern and innovative drugs as quickly as possible and at the appropriate prices. Important and innovative drugs could be registered with the quick registration mechanism Fast Track in no more than six months, and the registration period for normal drugs would be no longer than 18 months.

El Sharkawy felt that foreign and private pharmaceutical companies present in the Egyptian market contribute to social justice, such as is the case with public sector companies, by providing high-quality medicine to the patient efficiently and at an appropriate price.

According to El Sharkawy, the term “appropriate price” does not necessarily mean “cheap price,” but rather appropriate to both the manufacturer and the patient so that new and innovative medication can be provided to the patient at an affordable price. He indicated that drug prices in Egypt are among the lowest worldwide. Novartis Egypt, for example, provides drugs cheaper in Egypt than the global company does in other countries.

The vice-president said the health system and Egyptian laws do not guarantee the protection of intellectual property for innovative drugs. They have not been applied despite Egypt signing the Treaty on the Protection of Intellectual Property.

According to El Sharkawy, the application of a health care system is the fundamental solution to the protection of intellectual property without breaching the patient’s rights, by providing appropriate medication at an economical price with the state subsidizing the difference in cooperation with companies. Innovative medicines were especially expensive and there are global limits on their prices, and they cannot be reduced beyond their prices in neighboring countries.

Foreign companies working in Egypt receive intellectual property protection from the Ministry of Scientific Research. Under its patents, any company is prevented from producing a new drug for a period of 20 years from the date of discovery of the pharmaceutical raw material, or about 10 years from the date of the drug’s production. This never happens in Egypt, where there is no protection of intellectual property and they are seen as equivalent to other drugs, according to El Sharkawy.

It takes between three and five years for innovative drugs to enter the Egyptian market after their production on the global market, despite their importance in treating new diseases. This period can be reduced by registering the most important of these drugs in the quick registration system, as cancer drugs were because of their importance. It should be broadened to drugs for chronic diseases, especially as it is the mechanism in use in other countries.

El Sharkawy criticized the rules of the health system which he said do not help reduce the phenomenon of counterfeit drugs, given the absence of penalties to deter them. The Ministry of Health has called for enforcing the law and tightening oversight to curb this phenomenon.

He called for the establishment of an independent body for Egyptian pharmaceuticals to contribute to solving the sector’s problems, including all parties to the pharmaceutical business, answering directly to the prime minister.

In a related development, he said that the recent deterioration of economic conditions forced some international companies present in the market to think about withdrawing from it, especially companies without factories. At the end of the day, international companies were investors and needed to take into account all eventualities while trying to protect their investments and guarantee their shareholders’ profits.

“Novartis Egypt and other companies cannot completely rule out the idea of withdrawing from the Egyptian market in case of the deterioration of the economic and security situation,” El Sharkawy said. “If the global company were to see that the situation did not allow it to continue, it would have to close its factories in Egypt and transform them into a lab.”

At the same time, El Sharkawy underscored that Novartis Egypt has undergone major crises since it entered the Egyptian market in 1962 and witnessed the wars of 1967 and 1973, demonstrating its capacity to withstand tough conditions.

“Foreign parent companies have the ability to bear the losses of their branches in Egypt to a greater degree than local companies. In the face of the deteriorating economic conditions that Egypt has seen over the last several months, the parent companies continued to supply the necessary pharmaceutical raw materials and imported drugs in a timely manner.”

El Sharkawy attested that the drugs missing from the Egyptian market, whose numbers have varied lately, were produced by local companies, while foreign companies were committed to providing treatment to Egyptian patients as per their commitment to their patients and insistence on providing medicine whatever the circumstances.

On the other hand, he said that the sector was significantly affected by the violence that has unfolded in the Egyptian street of late. When production decreased by 20%, sales were shaken, and some kinds of medicine disappeared – such as in the last few months with the denial of raw materials to local companies, whose suppliers were giving companies raw materials on the credit system. They are now asking for 90% payment of the value of the raw materials before delivery, which has caused huge problems for companies given the unavailability of foreign currency.

Nevertheless, El Sharkawy estimated annual growth in pharmaceutical sales in Egypt at 13% despite an increase in units produced of only 2% due to people’s consumption of high-priced drugs given the lack of cheap drugs. The development of health care centers also led to an increase in sales and production.

El Sharkawy explained that raising the prices of cheap drugs leads to balance between the growth in sales and treatment units and would help provide cheap drugs on the market.

The interview with the vice-president turned to the list of the top ten companies in Egypt in terms of sales. It was led last year by GlaxoSmithKline, with EGP 2 billion in sales, followed by Novartis in second place with EGP 1.9 billion. El Sharkawy expected the competition between the two companies to achieve first place to recede this year, something that would be determined by their work with new varieties.

The local pharmaceutical market made EGP 22.3 billion in sales in 2012.

El Sharkawy expected some local companies to fall off the list of top-selling companies and others to replace them because of the bad economic conditions the industry has endured over the last year.

On the other hand, El Sharkawy expressed his optimism about the progress of Egypt’s investment climate with the improvement of the political situation. He pointed out that in any country in the world divided into two blocs struggling for power, the one solution to end the crisis was for each party to accept the other and try to prove to the public that it is the better.

Novartis’s vice-president refused to set a private sector minimum wage, saying that the private sector was pegged to production and could not pay a worker for weak performance. He felt that by linking work to good performance, a worker could earn a salary of more than EGP 1200.