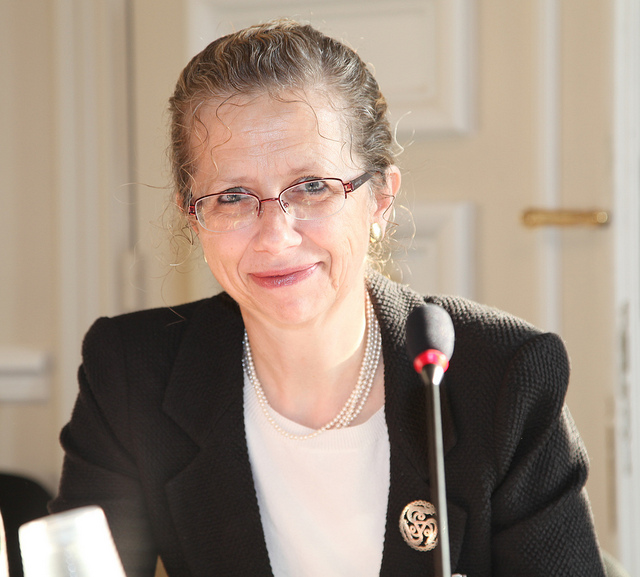 During her visit, Andersen met with Minister of Finance Ahmad Galal to discuss the most recent updates of the Egyptian economy. Although having permanent headquarters in Egypt, this is the first visit by a World Bank official since 30 June.

“Egypt and the World Bank recently signed the Helwan South Power Plant Project, a gas-fired power plant that will contribute ten percent of the new generation capacity to be added by 2018,” the statement added.

“Egypt has the potential to become a powerful emerging economy and the World Bank group is committed to supporting the country’s priorities to reduce poverty and achieve shared prosperity,” Andersen said.

According to the World Bank, Egypt’s portfolio in terms of World Bank involvement is the largest in the MENA region, with 21 projects worth $4.1bn.

Andersen emphasised the role of the World Bank in providing jobs: “The current projects are designed to create jobs for unskilled and semi-skilled labour and improve access to sustainable sanitation services particularly in rural upper Egypt.”

The statement also affirmed the start of the Egypt Emergency Labor Intensive Investment Project designed to create a quarter million jobs which, according to the World Bank, “will generate immediate, short-term employment for unemployed, unskilled and semi-skilled workers through investments in public works in vulnerable communities”.

Galal stressed during the meeting that there is constant coordination with the “World Bank to hastily implement the Egyptian government’s plan to achieve social justice, which includes the application of specific programmes, such as a cash support programme that targets poor and low-income groups.”

Galal added that Egypt is adamant on co-operating with international organisations and placing itself on the correct path by reforming the economy, while learning from the expertise of organisations such as the World Bank.

Madbouly seeks parliamentary support for extension to state of emergency