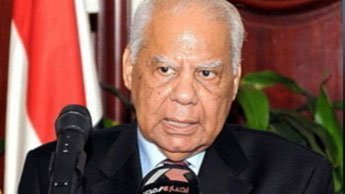 Prime Minister Hazem El Beblawi said that Pro-Morsi sit-ins in Rabaa El Adaweya and El Nahda are close to the point “he did not want to reach” insisting that the government still wants to give them a chance, during an interview with national TV on Thursday.

The prime minister dismissed the idea of international intervention in Egyptian internal issues, saying that Egypt’s relationships with western countries are based on mutual respect, insisting that it is not acceptable for any country to intervene in Egypt’s internal affairs.

El Beblawi said that the security issue is of special importance to the government, stating that it is necessary if citizens are to feel secure and have the ability to express themselves.

He also added that the people of Egypt expressed their will on 30 June, resulting in the transitional phase roadmap.

Former Minister of Supply and Pro-Morsi supporter, Bassem Ouda said the current government is “confused” due to peaceful Pro-Morsi marches and sit-ins, in an interview with the El Hewar Channel on Thursday.

Ouda added that “the military coup will not survive in the face of the people’s will”.