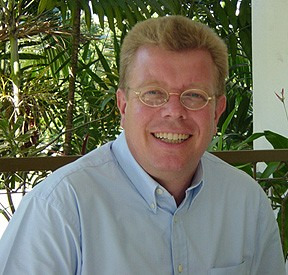 To understand the unfolding politics of post 30 June Egypt, it is useful to follow developments on three distinct policy levels. First, there is the level of the implementation of the new order’s roadmap. This is an extremely ambitious, I would even say unrealistic, timetable to get Egypt back to democratically legitimised constitutional rule. The process has seen a bumpy start; it will need many compromises and flexibility on all sides, including on the side of the military, to keep the transition moving.

Second, it is essential to watch developments in the Islamists’ block. The quality of Egyptian politics of the future will depend to a large degree on a strategic choice by the leadership of the Muslim Brotherhood; namely, will they agree to settle for a political role in a democratic process or will they return to the place where some of their leaders come from: the fundamental opposition and, in parts, the underground. This, for them, is a vexing decision in times of their movement’s historic rejection by the masses and ensuing defeat at the hands of the military.

The third dimension in the Egyptian equation is the international factor. The outside world is watching very carefully the developments in oum al-dounia [the mother of the world], as these, to a large extent, are crucial not only for the future of this grand nation but also the future of the entire region and what has euphemistically been termed the Arab Spring. There have been varied international reactions to the Egyptian drama, these, not surprisingly, related to the national interests of the respective governments. We may discern three categories of reactions: First, there have been those governments who openly sided with the ousted Egyptian president rejecting the military intervention as an unacceptable coup. This group is lead by Turkey and Tunisia, who, again no coincidence, are governed by Islamist rulers who (much like Morsi) came to power through democratic elections.

The second category belongs to the open supporters of the new regime in Cairo, essentially the Arab monarchies of the Gulf whose main assets are their abundant financial resources. Kuwait, Saudi Arabia and the United Arab Emirates hastened to pledge their support for the economic survival of Egypt at a crucial moment in her history.

And finally there is what I would call the “bench sitters”, the undecided or ambivalent. Among these are the western countries, of which the United States and Germany have been the most outspoken. While Berlin and Washington officially deplored the breach of the constitutional order, they would not go so far to term the intervention by the military as a “coup”. In this context, semantics has huge political implications. The diplomatic ambivalence and, thus, the absence of a clear condemnation of the military intervention, has two main causes which have been underrated in a hugely legalistic debate. The first reason is that western powers cannot overlook the mass uprisings behind the military intervention; what happened in Egypt was clearly not a military putsch of a small clique of disgruntled officers we see so many of in the so-called third world. Also, and this is an unspoken reason, ideologically the leaders (and the masses) behind the 30 June uprising are ideologically closer to the secular west than the Islamists have ever been and ever will be.

At the same time, the west’s undeclared support for the new order comes with caveats and conditions. Foremost among these is the demand to stop the political marginalisation and criminalisation of the Muslim Brothers and their deposed leaders. Western governments are not asking for political clemency out of love for the former rulers. They are pleading for moderation because they consider their inclusion in the political process a condition for stability.

The success of Egypt’s transition to a (liberal) democracy, and only a liberal democracy is a true democracy, will depend to a large extent on the integration of the alienated Muslim Brotherhood and their followers in this process.

Dr Ronald Meinardus is the Regional Director of the Friedrich Naumann Foundation for Liberty (FNF) for the Middle East and North Africa (MENA). Twitter: @Meinardus.